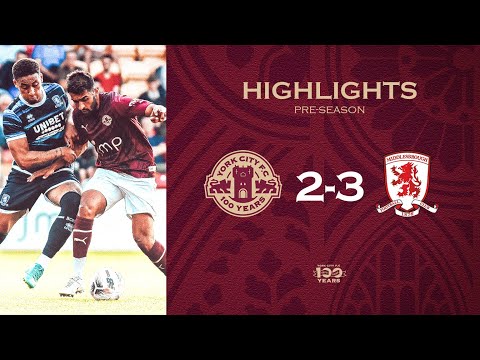 The Minstermen began life under new ownership with a narrow 3-2 defeat against Championship side Middlesbrough in their 2022/23 pre-season opener.

It was the first opportunity for the supporters to see the players wear the new centenary home kit, as the club marks the 100th anniversary since the football club was established.