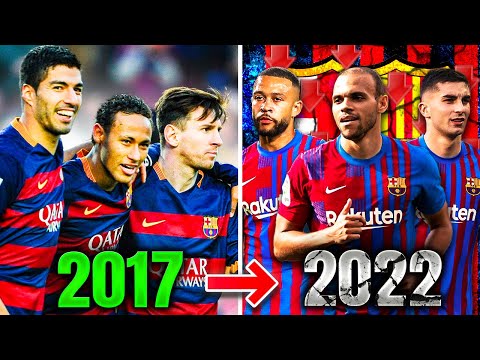 On today’s video we take a look at some of the most poorly assembled rebuild projects of the modern era. From Liverpool’s dark post-Benitez era, in which they failed to qualify for the Champions League under multiple coaches, to local rivals Everton, whose troubles have coincided with the Reds’ revival under Jürgen Klopp, there have been some notable squad-building disasters in the last 15 years.

We also take a look at Barcelona’s ludicrous post-Neymar spending spree and the financial meltdown that followed, Man United’s awkward transition into the post-Ferguson era, and Milan’s Serie A decline in the 2010s. But which rebuild did we think was the worst? Watch on to find out!

This is Euro Football Daily – the home of European football on YouTube. On this channel you’ll find Continental Club, Top 10s, Scout Reports, Euro Transfer Talk, Stat Wars, The Football Pyramid and much more. If you love European football as much as us then don’t forget to subscribe!