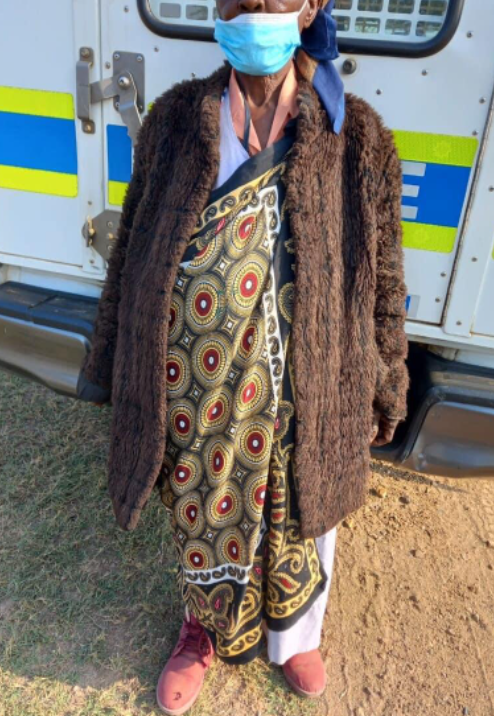 An 82-year-old woman was caught with over 3kg of dagga strapped around her in Mpumalanga on Friday.

The woman was allegedly trafficking the dagga.

Mpumalanga police spokesperson, Brigadier Selvy Mohlala police at Tonga were busy with their duties of patrolling on Thursday morning at Magudu in Nkomazi, near the borderline between Eswatini and SA, when they spotted a minibus with some commuters

Mohlala said the kombi was halted and a search conducted on the vehicle as well as its occupants. It was then that the old woman was allegedly found with the drug wrapped around her body.

“The dagga seized from her was weighing 3.88kg and estimated at the street value of almost R6,000. She was arrested and charged for dealing in dagga,” Mohlala said.

Police also shared images of the grey-haired woman who had concealed the consignment under clothing, including a big brown jersey.

Mpumalanga police commissioner Lt-Gen Semakaleng Daphney Manamela said it was unexpected for an elderly person to be caught breaking the law in this manner.

The 82-year-old appeared before the Nkomazi Magistrate’s Court on Friday and the case docket was struck off the roll by the magistrate.