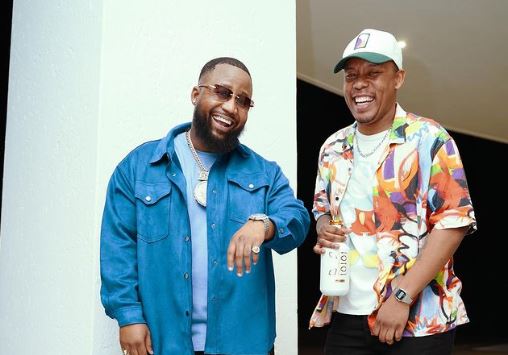 The music producer didn’t explicate his claim but the two have been working together musically for almost a year.

In 2021, the two alongside Boohle worked on an ampiano song named Siyathandana and it became a hit record that topped charts for weeks.

A few weeks ago, Mufasa also announced that he featured on Abidoza’s amapiano song titled Diamond Walk, and the rapper has been entirely passionate about promoting the single.

On Friday, Cassper Nyovest shared a photo of himself standing beside his luxurious car which is parked in front of his house, and captioned with, “The Don Billiato. The landlord!!!! Mastandi!!!”

Reacting to the post, the music producer acknowledged that Mufasa changed his life.

“The guy who changed my life. God bless you.”