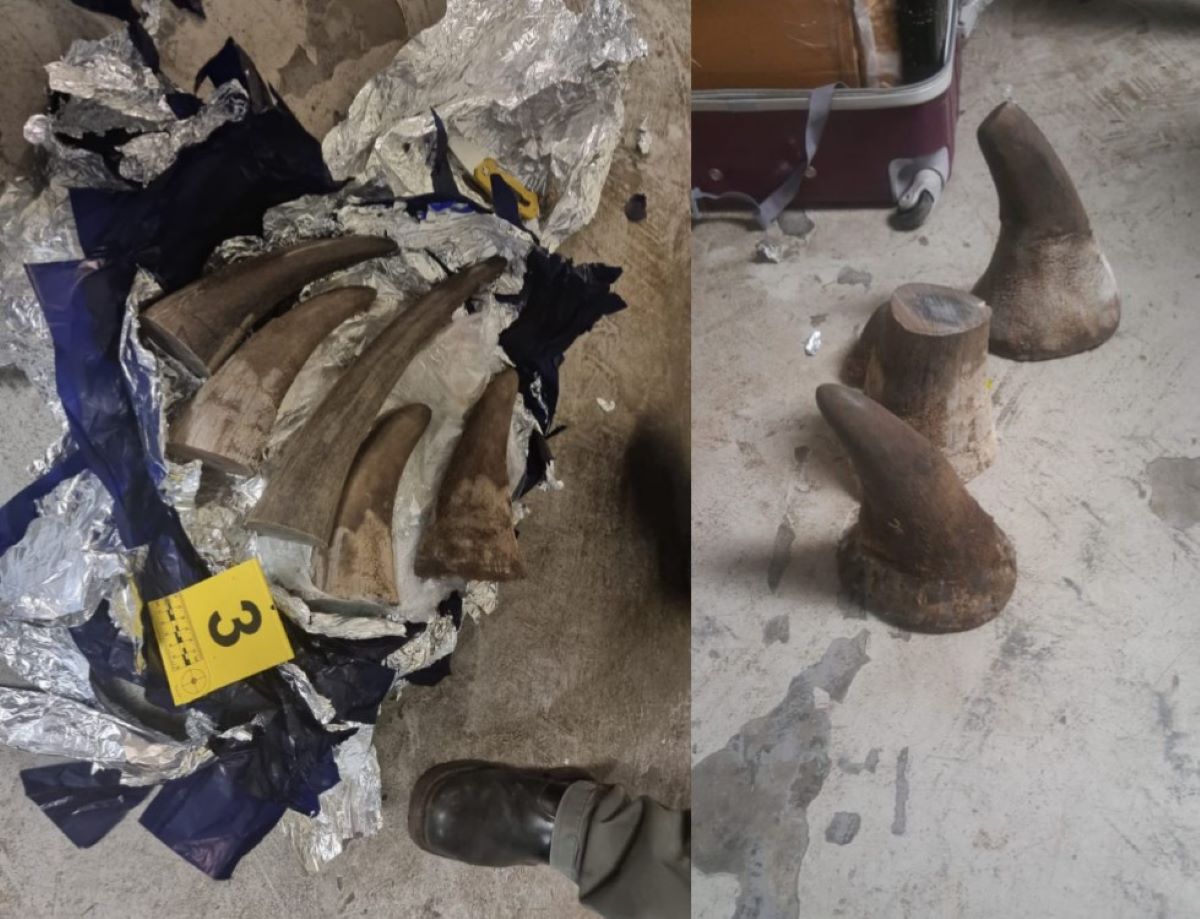 The South African Revenue Service (SARS) Customs unit together with the South African Police Service (SAPS) have managed to successfully foil an attempt to smuggle rhino horn out of the country after receiving information about the suspicious luggage en route to Abu-Dhabi from the OR Tambo International Airport recently.

SARS acted on the information by dispatching officers to the baggage area where the luggage was scanned, revealing images. It says they found two items of luggage containing 17 pieces of rhino horn weighing around 25kg.

“The SAPS took the passenger to the International Police Station. The goods were handed to the SAPS for further investigations,” SARS said in a statement.

SARS CONCERNED ABOUT ATTEMPTS TO SMUGGLE RHINO HORN AT OR TAMBO

SARS says it has seen increased attempts to smuggle rhino horn through the OR Tambo International Airport. Between July 2020 to April 2022 there have been several rhino horn detections totaling 137 pieces and weighing 482kg, discovered through profiling and information sharing networks.

SARS Commissioner Edward Kieswetter has expressed his appreciation to all the relevant law enforcement agencies for their commitment to deal with pervasive efforts by criminal elements to smuggle the rhino horn, including at OR Tambo International Airport.

“It is clear that the criminals have become more brazen in smuggling especially the rhino horn. The exemplary efforts by Customs officers working with their counterparts in the South African Police Service to stem these heinous crimes deserves commendation of all South Africans. Our message must be unambiguous to these criminal syndicates, that we will spare no effort in confronting and dealing with them. Our future generation deserves to see the national heritage of our wild animals”

According to the Department of Environmental Affairs, 451 rhino were poached in South Africa in 2021 – 327 within government reserves and 124 on private property.