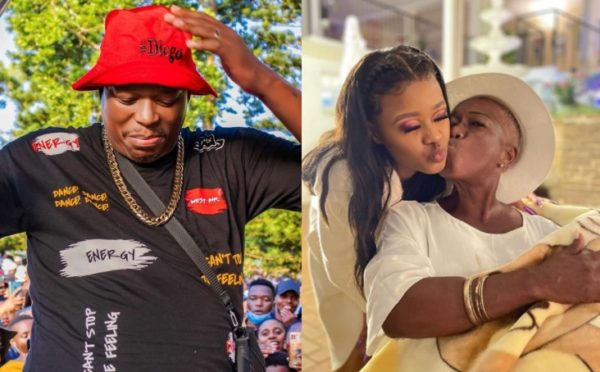 Mampintsha is excited with the reunion of his wife, Babes Wodumo and mother, Zama Gumede.

After months of intense brawl between the two women, they finally reconciled and sealed the reunion with a kiss.

The West Ink boss excitedly shared their photo to affirm the reconciliation and captioned it with a heart emoji.

Zama has also finally met her grandson as seen in photo, as she ranted months ago that the Gqom queen was not pregnant for her son, but that she faked the pregnancy with sponge, hence the little boy was named Sponge Wodumo after birth.

The photo shared by Mandla has melted lots of hearts and people applauded the new relationship hoping it remains like that for years.