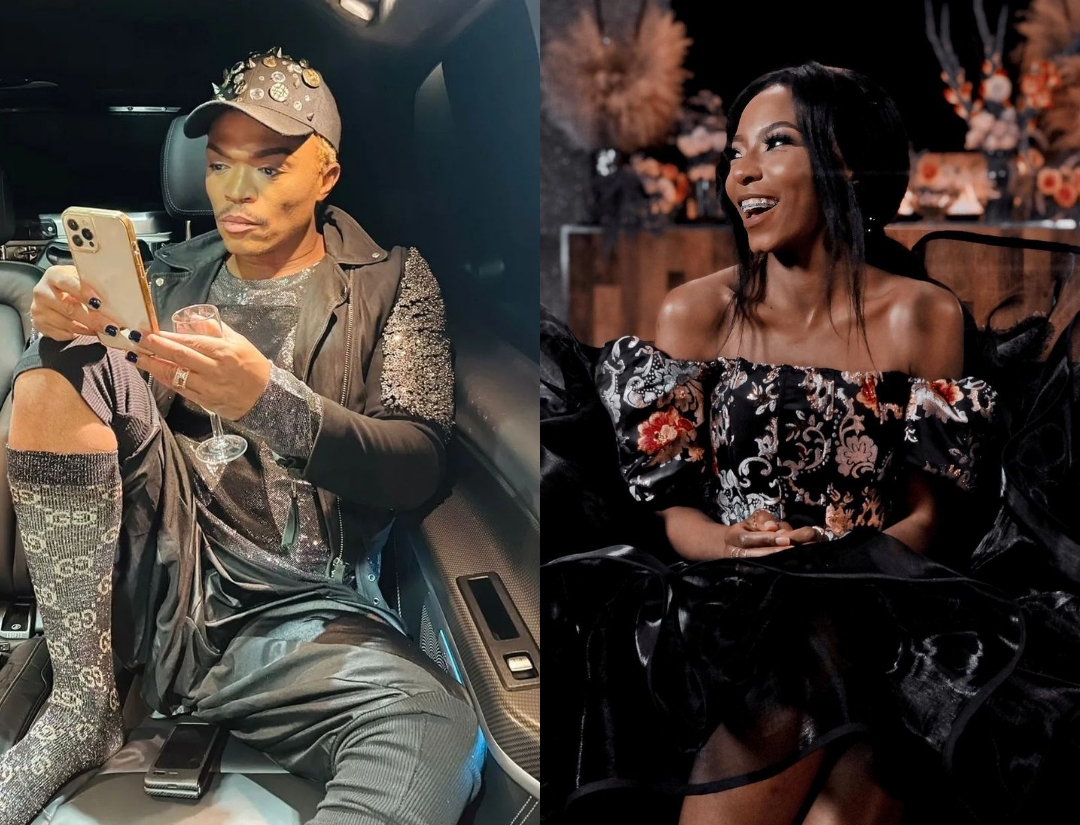 Twitter users are divided on media personality Somizi Mhlongo’s daughter wanting to change her surname after the latest episode of his reality series aired on Showmax on Wednesday 18 May.

BAHUMI WANTS TO CHANGE HER SURNAME

Somizi Mhlongo’s daughter Bahumi wanted to take on his surname but her mother, actress Palesa Madisakwane, told her that there are cultural things that need to take place first.

Palesa also brought up the surname change to her father at a birthday dinner. Bahumi did not like her mom’s timing but her grandfather did let her know how he felt. He explained that her father first needs to do the right things in order for her to take his surname. This comes after Palesa revealed that Somizi never paid damages when Palesa was born.

“Dad, what do you think of Bahumi changing her surname? Her being a Mhlongo” asked Palesa.

“Bahumi is born from a family rich in tradition, rich in culture. Her father needs to do the right things. He knows what culture dictates,” he said.

“If Bahumi goes and does this as she desires, it will baffle her later on. And when it does, she will be ashamed to come back,” he continued.

Bahumi also visited her grandmother’s grave where she broke down in tears.

ALSO READ: ‘Give us the child and go on’: Somizi’s ‘baby mama’ on pregnancy reveal

Twitter users were divided on the matter. Some thought that Somizi should have paid damages for Bahumi but she needs to accept that culture is important. So, she cannot just change her surname.

“If Somizi was not busy running around with friends & forgetting about his child, he would’ve fixed the surname thing long time ago. Now it’s like Bahumi is forcing him to do the right thing, like he was forced with Umemulo. He doesn’t even seem to be interested #LTDWSOMIZI,” tweeted @MaabuleM.

“Bahumi is supposed to be getting the picture now. I mean, everyone is saying the same thing when it comes to the surname issue. All she has to do is listen. #LTDWSOMIZI,” tweeted @RethabileMokg.

“I do but sometimes the things he does are not good. Bahumi is in her late 20s, she’s still crying for Somizi’s surname. Somizi has always had money and he should’ve done the right thing long time ago,” tweeted @MaabuleM.

While other Tweeps thought she should be allowed to change her surname.

ALSO READ: ‘Her uncles are fathers to her’: Somizi’s ‘baby mama’ on Bahumi’s surname