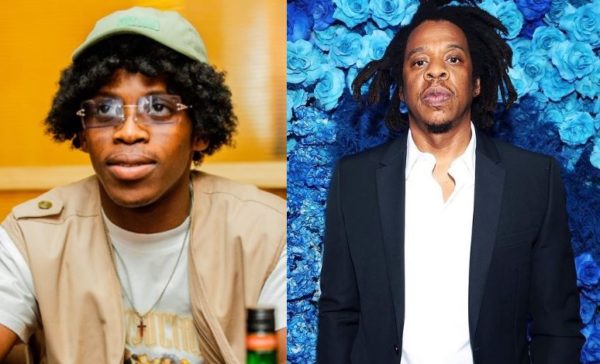 Taking to Twitter, AE broke the news by  saying, “We just for an email from Jay-Z uthi ufuna feature from one of our artists.”

However, things got clearer after the upcoming rapper claimed he sent the mail using Jay-Z’s name, as he plans of disturbing and taunting the label for dissing him by calling him “Takalani.”

“That was not Jay Z, I sent that email. I’m gonna haunt you boys for calling me Takalani.”