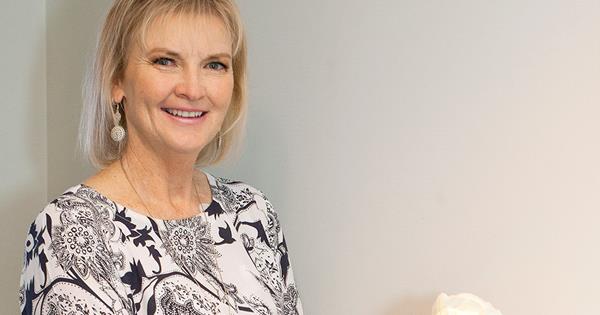 Every month, Kathryn Banks relies on the plasma donations of 200 strangers to help her manage a rare neurological auto-immune condition.

Without the generously donated blood products, the Taranaki teacher’s quality of life would rapidly deteriorate.

“Because of these donors, I can carry on with my life. I’m not bedridden or in a wheelchair, and I can still contribute to my family and education,” says Kathryn, 59, who lives with chronic inflammatory demyelinating polyneuropathy (CIDP).

CIDP is a disorder where the body attacks the protective layer around the nerves, causing progressive muscle loss, function and sensation. There is no known cure and limited treatment options.

It was five years ago when the mother-of-two first noticed numbness and tingling in her hands that wouldn’t go away. Her GP suspected it was carpal tunnel syndrome, which is caused by a pinched nerve in the wrist, and Kathryn underwent three unsuccessful surgeries to try to relieve the symptoms.

Medical professionals were confused why nothing was working, until a throwaway comment prompted them to do more tests.

“I jokingly asked if you can get carpal tunnel in your feet because I had some numbness there too,” recalls Kathryn.

CIDP is often difficult to diagnose and Kathryn knows of international cases where people have waited 20 years to find out, by which time they are wheelchair-bound.

“If I had never made that flippant comment about my feet, who knows how much longer I could have gone without being diagnosed?” she muses. “Everyone tells me that I am lucky it was discovered so early.”

Meanwhile, in the classroom, exhaustion was kicking in. Sometimes Kathryn couldn’t grip a pen. Her handwriting became harder to read and last year she unexpectedly fell during a lesson and broke her wrist.

“My legs often feel like lead,” she shares. “I can’t feel them and my ankles give way.”

After a lifetime of being active, it has been challenging to adjust to her new way of life. Kathryn stepped down from her full-time teaching position last year and now works three days a week as
a specialist support teacher.

But the love and assistance she’s received from her family, friends, colleagues and health professionals, she asserts, has been inspirational.

“Generally speaking, Kiwis are just so kind and it’s made me way more focused on what’s really important in life,” she smiles.

Kathryn was initially unaware of how serious CIDP can be.

“I thought, ‘Okay, do I just take some pills for that?’ It just didn’t click. But what am I going to do? Feel sorry for myself or adjust and make life as normal as I can?”

In the first year after diagnosis, Kathryn tried two unsuccessful treatment plans. Her first medications weren’t effective and she was allergic to the second treatment, so the plasma donations
truly are life-changing.

“I call it my ‘pick-me-up tonic’ because after treatment, I feel really good again,” tells Kathryn. “The plasma kind of kick-starts my body and stops it attacking itself for a little while. Then, a few weeks later, it starts again and I feel exhausted.”

Plasma is the clear liquid that remains after red cells, white cells, platelets and other components are removed from blood. Donating plasma is an automated process in which the red blood cells and platelets are returned to the donor’s body while the plasma is kept for patients in need.

To date, Kathryn has received 538 plasma treatments using blood products from thousands of donors. Because the effects are temporary, she travels from New Plymouth to Waikato Hospital every four weeks.

“After all this time, I still get anxious when I see Waikato Hospital coming over the hill. I’d rather not be there,” Kathryn confesses. “But the nurses are so gorgeous. They’re like family to me now.”

This week is National Blood Donor Week and Kathryn hopes her story will encourage others to consider becoming a donor.

Every day, 83 people rely on lifesaving blood or plasma donations. At present, there are 110,000 donors but that’s still less than four percent of the eligible population.

“I always thought about donating but never got around to it and I really wish I had,” admits Kathryn.

“I get five units each time and that could be from 20 different people. I have that twice, so 200 people help me every four weeks.

“I am so grateful for people who give plasma. It’s a quiet, behind-the-scenes way of helping the community, but it makes such a difference to my life.”