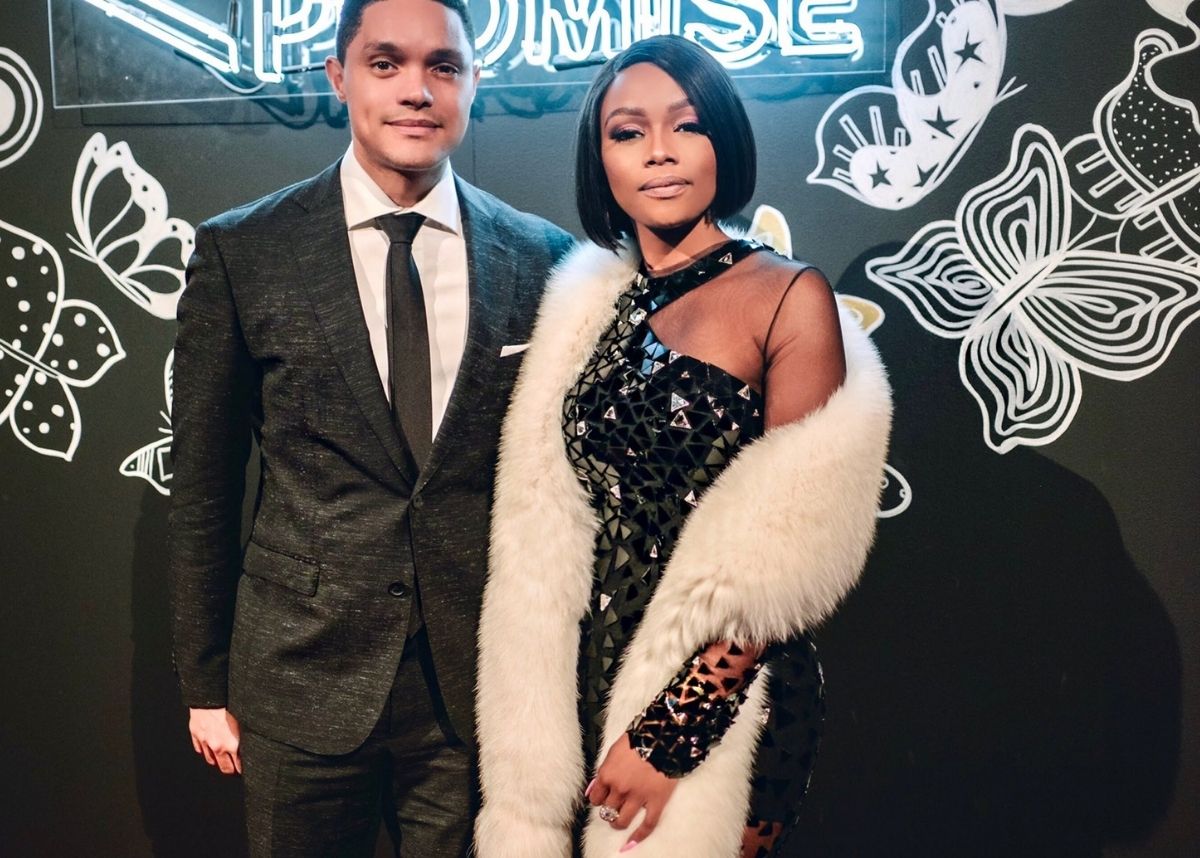 “This is only visible to my followers right?”

To which Bonang replied:

Trevor Noah hit the Twitter trend list this week after he raised concerns about Kimye’s drama on The Daily Show.

In one of his recent episodes of The Daily Show, Trevor Noah weighed in on the Ye, Kim Kardashian, and Pete Davidson unending social media spats.

“What we’re seeing is one of the most powerful, richest women in the world unable to get her ex to stop texting her, to stop chasing after her, to stop harassing her. Think about how powerful Kim Kardashian is, and she can’t get that to happen… I grew up my whole life in an abusive household.”

Kim Kardashian’s baby daddy Kanye West – now known as Ye made headlines yesterday (16 March) when he took to his Instagram and posted a since-deleted picture of Trevor Noah with the lyrics to a song called Kumbaya.