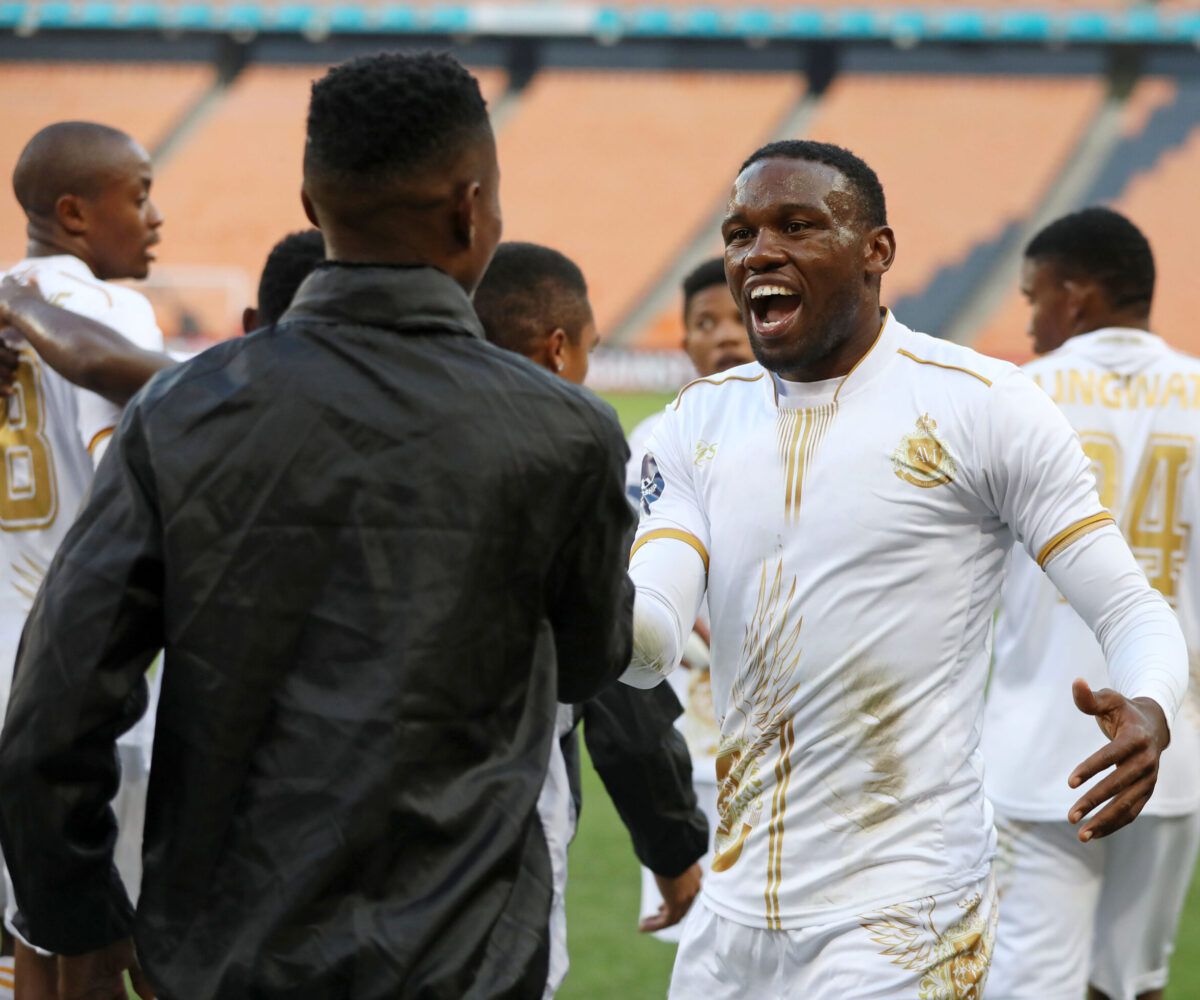 Royal AM striker Victor Letsoalo is said to currently be in Johannesburg, and in conversation with one of the Soweto giants he has been linked to.

Letsoalo has been strongly linked with a move to both Kaizer Chiefs and Orlando Pirates over the past two transfer windows and now movement seems to be happening.

Chiefs and Pirates have been tussling

Chiefs and Pirates seem to keep changing ascendency in the race for Letsoalo, with Amakhosi rumoured to be the first club that was in for his services.

However, those links proved to quieten down in the previous transfer window, with the Pirates being the club linked more profusely with the Bafana Bafana international than their rivals Chiefs.Those links would, in fact, persist even after the transfer window, which made it look like they were serious about signing him.

Buccaneers seemed to have a strategy

In fact, Pirates sources went as far as claiming that the club was so willing to do the deal, that they would propose a swap deal with troublemaker Gabadinho Mhango joining Royal AM, in exchange for Letsoalo. However, after Mhango had knuckled down there seems to have been a change of tune in the Bucs camp about the player, with the Malawian international now reportedly set for a contract extension at the club.

That coincided with a change in the rumour mill too, as Letsoalo was forced to answer questions linking him to Chiefs again. The 29-year-old has been a thorn in the flesh of the Glamour boys this season, with a his four goals in two games against the club, making it hard for them to miss him. Now despite all the recent noise coming out of both the Royal AM and the player’s camp about him staying, it now seems increasingly more like smoke and mirrors.

Now Amakhosi in talks with Letsoalo

This is because, according to reports from Far Post Letsoalo is currently in Johannesburg and in talks with Chiefs over the possibility of signing for the club. The team, however, could look to secure the hitman’s signature on a pre-contract, should Royal AM persist with their stance on the player, with the Glamour Boys management not known to be big fans of shelling out a transfer fee.