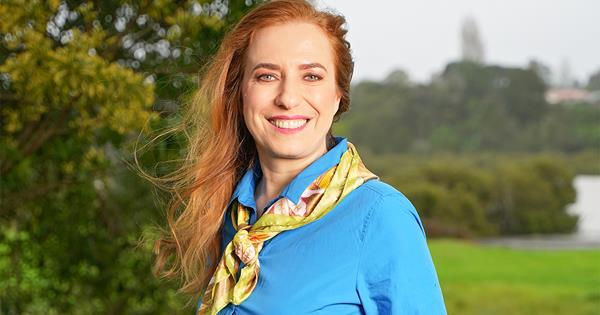 Like many expats, Cristina Ionda has spent the past two years worrying from afar about friends and family during the pandemic, but now she has a new fear as Russia’s invasion of Ukraine plays out on her homeland’s doorstep.

“It’s very scary,” says Cristina, who is from Romania and returned for a visit in May this year. “Many people are quite frightened, to be honest.”

As a NATO member with a border on the Black Sea, Romania has welcomed more than one million refugees escaping the devastation of the war that began six months ago. The actress is particularly worried about her parents, while trying to remain positive.

“I hope everything will be alright. I hope Putin will have an epiphany and realise that what he’s doing is very wrong.”

Her father Constantine and mum Floarea were safe during the pandemic, at home with their daughter in New Zealand. But now that borders have opened, they have returned to Romania for a few months to reconnect and grieve after losing close friends and family to Covid.

“It’s emotional,” Cristina shares. “I lost an aunt, an uncle and a cousin during this time. My aunt’s death was expected, but my cousin – who died of cancer – was completely out of the blue. I went home briefly in 2019 and I’m so grateful I got to spend that time with him.”

Meanwhile, she is happy to be in Aotearoa, where she arrived with husband George, a financial advisor, 18 years ago, after watching a documentary about our country. They fell in love with New Zealand and decided to uproot their lives and move the almost 20,000 kilometres, even though they had never even visited before!

It was a brave move for the actress whose career was well established. In Romania, she hosted her own TV show, appeared in a handful of films and was frequently on tour around Europe with her theatre company.

But moving here meant starting from scratch in a country where she didn’t even speak the language. It was challenging to say the least.

“I had to work really hard and having an accent was not easy,” she recalls. “All the time when I would go to a casting agent, they would say, ‘You’re great, but New Zealand doesn’t like accents.’ You just want to be accepted and to be judged by your acting, not your accent.’

“After a few months, I felt a bit stranded. I missed home and what I did. But my hubby gave me a good push and said, ‘Stop looking over your shoulder – try to create something here.’

“He also said he wasn’t going back and I love him, so I had to make it work.”

It took seven long years of putting on her own productions with friends and doing bit parts on shows before Cristina finally felt she was getting back to the career she once had, with roles in dramas like Nothing Trivial and Filthy Rich.

Then, in 2014, she landed the role of a lifetime as Russian pathologist Gina Kadinsky in The Brokenwood Mysteries. At first, she didn’t know how long the show would last, but admits after the second season she knew they were making something special.

“I can’t explain it, but I just had a feeling that the show would go on for some time.”

While she loves working with the rotating cast of some of New Zealand’s biggest names, including Robyn Malcolm, Miriama McDowell, and Sara Wiseman, she says the best thing about being on the show is getting to work with Neill Rea and Fern Sutherland, who play Detective Mike and Detective Kristin, every day.

And, with a dream job and close friends in Aotearoa, her heart is firmly here. During her visit to Romania earlier this year, she realised how much of a Kiwi she has become.

“I had this feeling on this trip that I didn’t feel like I was going back home – I was just visiting,” she says. “I’m a New Zealander now.”

Watch The Brokenwood Mysteries on Sundays at 8.30pm on TVNZ 1.