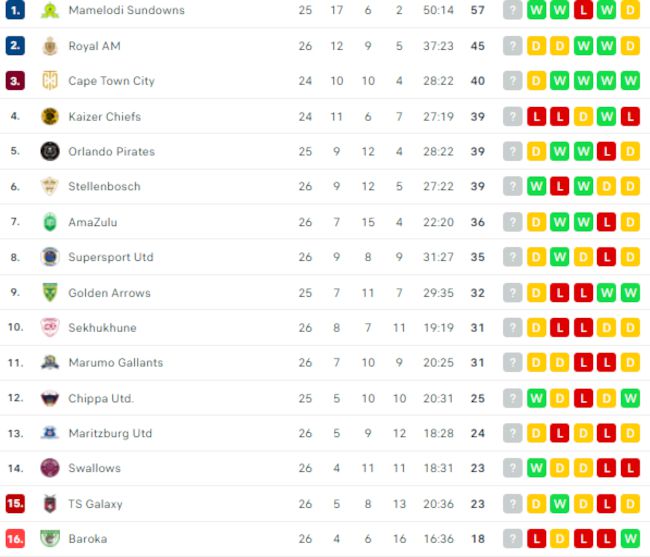 This is a result of statements attributed to Comitis that the Citizens would boycott their rescheduled DStv Premiership match against Kaizer Chiefs at the FNB Stadium on Saturday, 30 April at 15:00.

“John Comitis will appear before the DC this Friday to answer charges of bringing the league into disrepute based on some media utterances attributable to him, which he subsequently confirmed as being true and accurate,” Majavu said, according to TimesLIVE.

The match was postponed having been originally scheduled to take place last December, only for an outbreak of Covid-19 at Naturena to see Kaizer Chiefs fail to honour the fixture.

Cape Town City flew all the way to Gauteng, but arrived at an empty FNB Stadium.

Prior to kick-off, Kaizer Chiefs had applied for all five of their December 2021 fixtures to be postponed, but that was rejected by the league’s football department and then subsequently also by the PSL executive committee.

Amakhosi failed to show up for the first two of those matches – against Cape Town City and Golden Arrows – but did play their remaining three games.

READ | SIPHO MBULE’S DEPARTURE FROM SUPERSPORT UNITED ALL BUT CONFIRMED?

Kaizer Chiefs took the PSL’s decision to arbitration at the South Africa Football Association (SAFA) where the ruling by Nazeer Cassim SC was that the two matches Amakhosi failed to honour must be played.

As it stands today, the situation is that Kaizer Chiefs are expected to play those two matches THIS week (on Wednesday, 27 April against Golden Arrows and Saturday, 30 April against Cape Town City).

READ | MAMELODI SUNDOWNS HOW OUT OF CAFCL R10 MILLION RICHER

However, the results of those matches COULD STILL BE SCRAPPED!

That’s because the PSL is contesting the arbitration ruling and Tuesday, 10 May has been penned in as the start of that review case at the South Gauteng High Court regarding the decision over the two matches Kaizer Chiefs failed to honour.

Kaizer Chiefs are currently fourth in the DStv Premiership standings and are desperate for every log point they can get as they bid to salvage an otherwise forgettable season.

The top two sides (Mamelodi Sundowns plus one other) are guaranteed CAF Champions League spots next season, while the third-placed finisher will enter the CAF Confederation Cup.