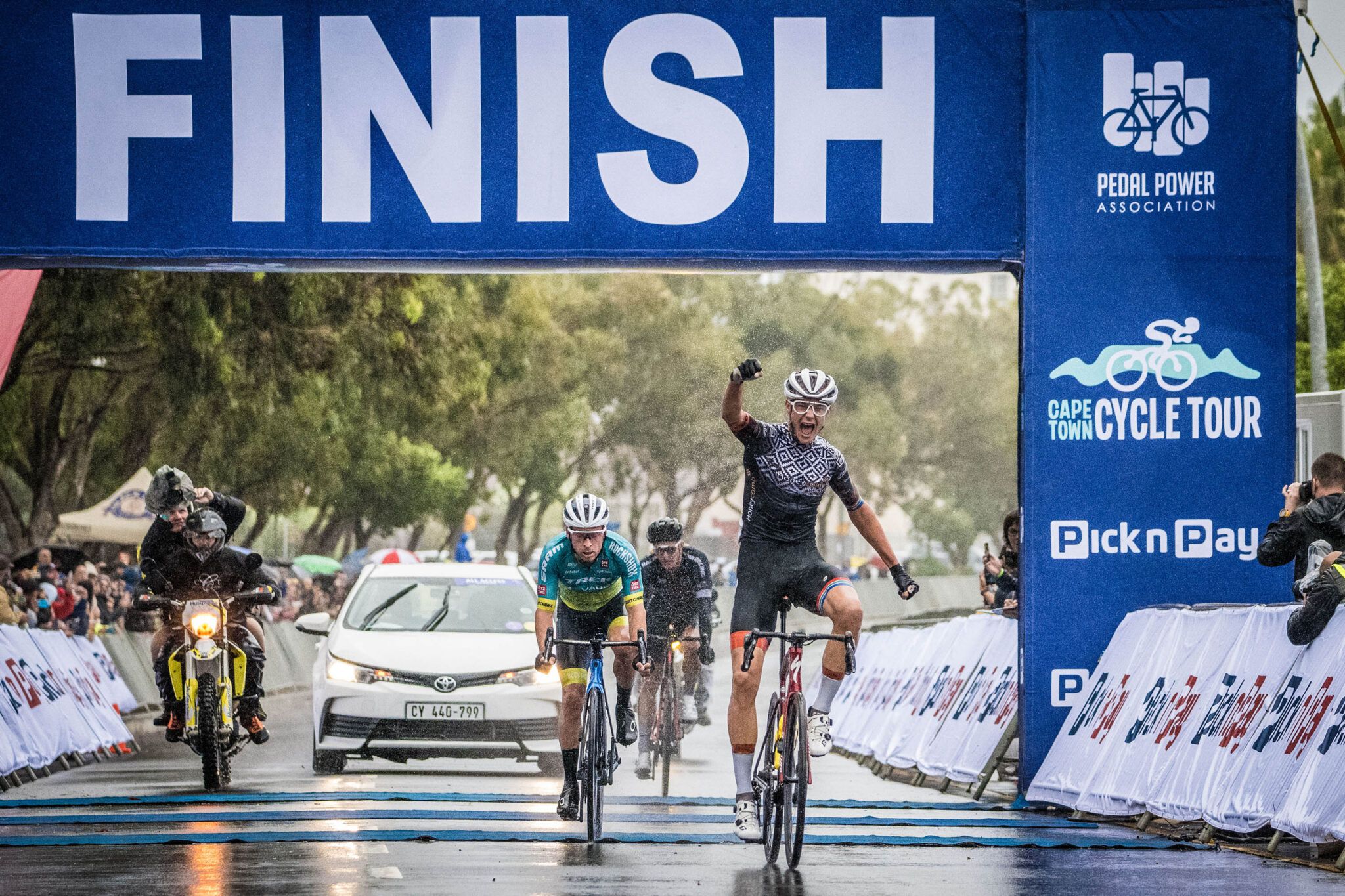 The Cape Town Cycle Tour celebrated its 44th edition in 2022 with a Covid-restricted maximum field of 22 500.

After the women’s event started 15 minutes late because of the gloomy weather, it was first Lill and then Le Court de Billot that opened up the race as they headed down through Ocean View and Masiphumelele.

The pair were eventually caught by the bunch on the lower slopes of Chapman’s Peak, but again split the group on the famous climb.

By the time the women’s field reached Hout Bay the lead group had swelled again, but Preen attacked up Suikerbossie – as she did in 2021 – and took both Le Court De Billot and Lill with her.

Lill then set a torrid pace to gap the rest of the field up the infamous climb.

The three worked together until the final kilometre when Le Court De Billot’s superior sprinting saw her add to the titles she won in 2018 and 2021.

“It was probably my most exciting Cycle Tour yet. I knew coming into today that the women’s field was really strong and this Cycle Tour was probably the best Cycle Tour to win,” Le Court De Billot said.

“It was great to win in front of my whole family as well.”

The men’s race was equally as exciting as the race was frantic right from the start.

A large group, including Pritzen, got clear early along the fast M3 section but got whittled down as they ascended Chapman’s Peak and finally Suikerbossie.

By the time they reached the top of Suikerbossie, Pritzen, Weber, Kruger and early animator Byron Munton had got clear with the peloton already out of the running, in a rare occurrence that a pro breakaway succeeds on the relatively short Cycle Tour route.

In the final kilometre Munton opened up a tactical sprint, but it was the tall figure of Pritzen that managed to pull through for a superb win.

“Winning this race is the dream,” Pritzen beamed.

“I’ve won many races in South Africa but this is the biggest one. The weather suited me because I like it when it’s wet. So when I woke up this morning I knew that this was my best chance at winning.”