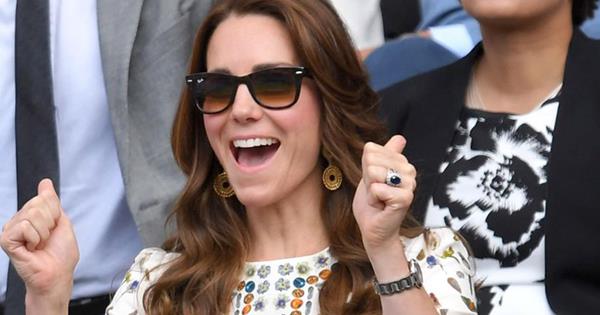 In news that is sure to delight the tennis-loving Duchess of Cambridge just as much as her fans, Catherine Middleton is teaming up with one of her favourite’s in the sport, Roger Federer. And it’s for a very good cause.

The duchess is joining the 20-time Grand Slam winner for a day of tennis in London in September to raise funds and awareness for Action for Children and the LTA Foundation.

Action for Children is an organisation that works to protect and support children and young people by providing them practical and emotional care and support. Meanwhile, the LTA Foundation – of which Kate is a patron – is the charity arm of the Lawn Tennis Association which encourages young people to pick up a racket and get involved in the sport.

The day of tennis will see children from all backgrounds aged 8-15 from East London get the opportunity to play alongside Federer himself. It will be followed by a charity Open Practice Day for the Laver Cup which is an international indoor men’s team tournament between Team World and Team Europe.

Kate herself has long been a keen fan of tennis and is even a patron of the All England Lawn Tennis club. The duchess often makes appearances at the matches.

Just last month she and Prince William took their eldest son Prince George to his first ever Wimbledon match.

Dressed in matching navy ensembles, the mother-son duo made quite the adorable pair as the duchess led her son through shaking hands and making small talk with several officials.

And he was like a kid in a candy store when he got to meet one of the tournament’s biggest names – Novak Djokovic – after he beat Australian Nick Kyrgios in the men’s singles final.

The family tennis appearance came a few days after Wills and Kate took to the Royal Box to watch as Serbia’s Novak Djokovic won against Italy’s Jannik Sinner in the men’s singles quarter final match.

As she is known to recycle her fashion, it’s no surprise that we’ve previously seen the duchess don the stunning number during the Jubilee Big Lunch in June.

Also in attendance to the match were Catherine’s parents, Carole and Michael Middleton, who were seated to the Cambridges’ left in the royal box.

During the match, the Duchess of Cambridge was spotted blowing a kiss to her parents as they took their seats.