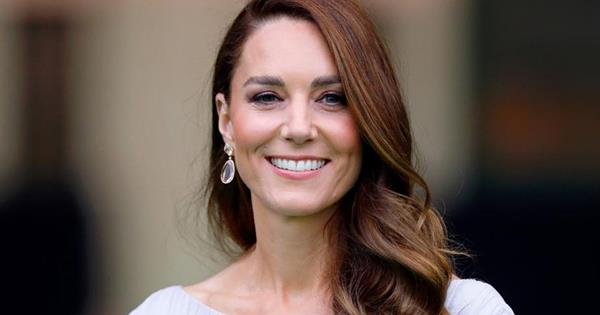 ”With Catherine beside him, our new Prince and Princess of Wales will, I know, continue to inspire.”

The death of Queen Elizabeth II has come with many changes for the monarchy.

Charles is now King, the line of succession has changed, Prince Harry and Meghan Markle’s children, Archie and Lilibet, now have Prince and Princess titles, and so on.

A poignant change came early this morning (NZ time) when King Charles deemed his son, William, the Prince of Wales, and his daughter-in-law, Catherine, the Princess of Wales.

The King said: “As my Heir, William now assumes the Scottish titles which have meant so much to me. He succeeds me as Duke of Cornwall and takes on the responsibilities for the Duchy of Cornwall which I have undertaken for more than five decades.

“Today, I am proud to create him Prince of Wales, Tywysog Cymru, the country whose title I have been so greatly privileged to bear during so much of my life and duty.

“With Catherine beside him, our new Prince and Princess of Wales will, I know, continue to inspire and lead our national conversations, helping to bring the marginal to the centre ground where vital help can be given.”

The gesture was particularly moving as the ‘Princess of Wales’ title has not been used since Princess Diana’s lifetime.

Before he was King, Prince Charles held both the Prince of Wales and Duke of Cornwall titles, while his wife Camilla Parker-Bowles only used the Duchess of Cornwall title. This was due to the popular association of the ‘Princess of Wales’ title with the late Princess Diana.

Now Camilla is Charles’ Queen Consort, as he proudly touched upon in his speech.

“I count on the loving help of my darling wife, Camilla. In recognition of her own loyal public service since our marriage seventeen years ago, she becomes my Queen Consort.

“I know she will bring to the demands of her new role the steadfast devotion to duty on which I have come to rely so much.”

Despite the contentious relationship between the monarchy and Prince Harry and Meghan Markle, the King paid tribute to his son and daughter-in-law, saying: “I want also to express my love for Harry and Meghan as they continue to build their lives overseas.”

To end his speech, His Majesty honoured his predecessor and mother, Queen Elizabeth II, and spoke of her funeral which is to be held in nine days’ time.

WATCH: 10 unknown facts about The Queen. Article continues after video

“In a little over a week’s time we will come together as a nation, as a Commonwealth and indeed a global community, to lay my beloved mother to rest. In our sorrow, let us remember and draw strength from the light of her example. On behalf of all my family, I can only offer the most sincere and heartfelt thanks for your condolences and support. They mean more to me than I can ever possibly express,” he said.

“And to my darling Mama, as you begin your last great journey to join my dear late Papa, I want simply to say this: thank you. Thank you for your love and devotion to our family and to the family of nations you have served so diligently all these years. May “flights of Angels sing thee to thy rest”.”