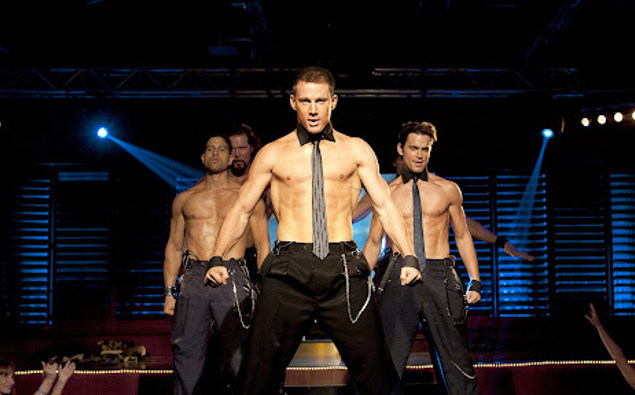 Channing Tatum has teased that Magic Mike’s Last Dance will be “wild.”

The 41-year-old actor is gearing up to star as the titular stripper in the comedy-drama film series for a third time and has teased that the latest instalment will “go for the stars.”

He said: “We’re gonna go big. I mean truly, we’re not gonna leave anything on the bench. We’re taking it out, we’re putting it on stage, it’s going to be wild … I was like, ‘Why are we going to make a third one if not just go really, really, really for the stars?'”

The Lost City star went on to explain that returning to the franchise – which since its debut in 2012 has gone on to spawn a stage musical and a reality television series –  has been “fun” because the project is so familiar.

He told ET Online: “It’s been fun reuniting with the crew. [Magic Mike] is kind of like home.”

While the release date and cast for the third and final instalment in the series are yet to be announced Channing previously explained that he is keen to have a well-written female lead in the movie.

He explained: “I want to have an equal, if not even more centralised female character for Mike to really play off of and almost to. I don’t want to say, [to have her] take the baton, but really let the movie be about a female’s experience and not Mike’s experience because it has been so much about Mike and the guys’ experiences. These movies are very, very female-forward. At least that is our intention.”

Meanwhile, the filming of the movie has been disrupted by “sex-starved” admirers.

Channing is reprising the role of Mike Lane to star in Last Dance, but groups of women have been turning up at the dance studio in London where the cast has been preparing for the new film.

A source explained: “It starts as a bit of fun and it’s great that the fans are so engaged. They’re just passionate – and plainly sex-starved!

But after a while, it has become problematic and there are now a lot of fans trying to get hold of the guys pretty much everywhere they go.

“The security team are concerned about what they might be prepared to do just to get their hands on them.”

Last Dance is the final film in the Magic Mike franchise.

The movies have developed a big fan following over the years, and security has had to be stepped up in a bid to protect the stars.

“Sadly the only option has been to move things around and take security precautions, by bringing in some proper heavies to make sure nobody gets hurt.”

Channing previously promised to hold nothing back in the third film in the franchise.

He said: “I want it to be the Super Bowl of stripping.

“I want dancing like we’ve never been able to do in the other two movies, because we had to be honest to what the reality of that world is, which isn’t great dancing.”