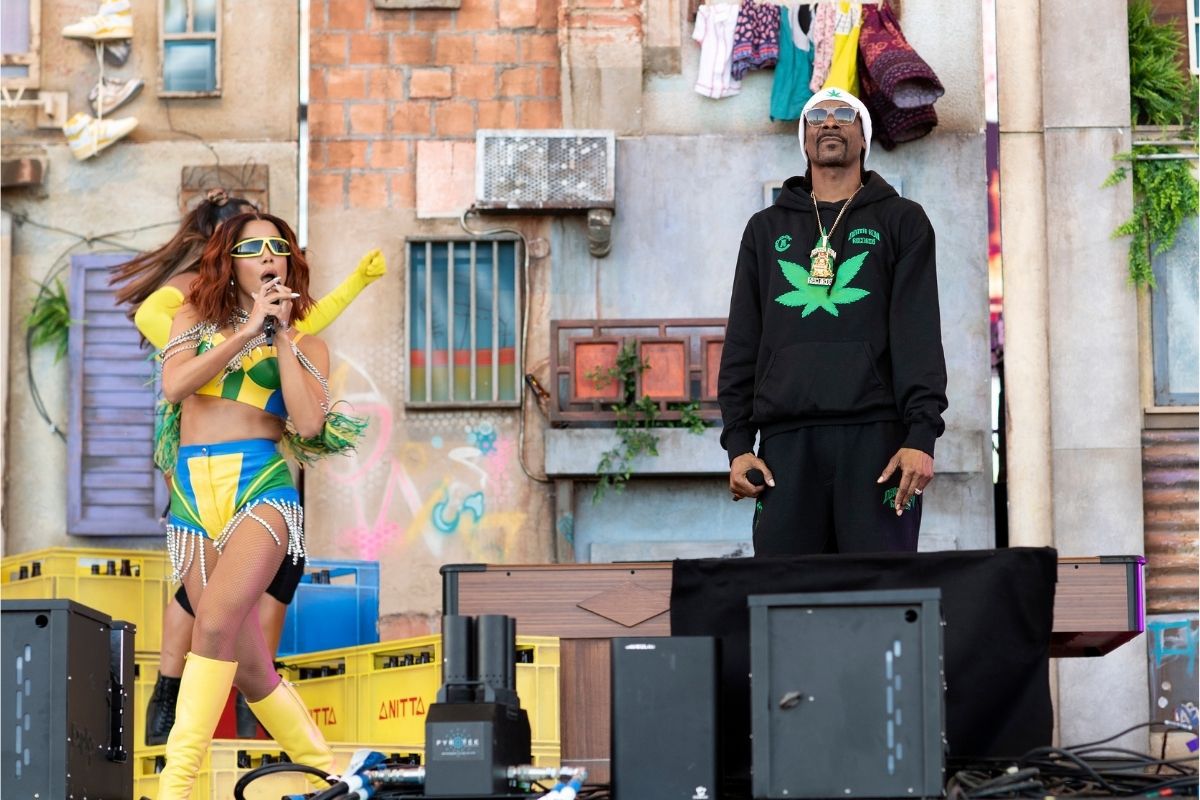 Revellers in thong bodysuits, sporting glitter eyeshadow and sheathed in neon partied late into the night on Friday as the first Coachella since the pandemic’s onset got underway in the California desert.

And Harry Styles debuted at Coachella as a headliner, kicking off the night’s premiere set enveloped in a fur coat before stripping to reveal a disco ball of an outfit he donned to dance down the stage runway, thousands of screaming fans clamouring at his feet.

He later delighted fans by bringing none other than Shania Twain on stage for a string of duets, telling the audience he used to sing along with the nineties-era superstar’s hits in his mom’s car.

“I’m a bit starstruck… It’s a bit surreal to sing this song with you,” Twain said when the pair crooned her 1997 track You’re Still The One.

COACHELLA MAKES A RETURRN AFTER A THREE-YEAR HIATUS

The mammoth event that takes place over two three-day weekends is one of the world’s most-watched festivals and traditionally kicks off the year’s summer concert circuit.

As it returns after a three-year hiatus, Coachella is a bellwether for the multi-billion-dollar touring industry that’s still on shaky ground after persistent pandemic setbacks.

NO MASKS NEEDED AT COACHELLA

After other large-scale festivals including Lollapalooza last year required proof of vaccination or a negative COVID-19 result, Coachella this winter announced it would not require any such mitigation measures, including masks or social distancing.

But it comes amid an uptick in coronavirus cases nationwide, mostly due to the highly transmissible Omicron subvariant known as BA.2.

Friday saw temperatures climb and as festival-goers descended on the grounds for three days of partying, contracting coronavirus seemed back of mind.

“We just want to have fun; I don’t want to think about (coronavirus) tonight.”

The festival is held mostly outside, welcoming some 125 000 revellers daily from all over the nation and abroad, many of whom camp and fill up hotels nearby.

There are two virus testing sites on festival grounds. Jose Arballo – a senior public information representative for the public health department of Riverside County, where Coachella takes place – said there also would be bolstered testing facilities nearby.

“I’m super excited to be here,” said one concert-goer identified as Saturn Risin9, who said they were ageless and had traveled from Los Angeles.

“I’m not scared, and I’m excited to be outside with people.”

As the sun set and the fresh grass gave way to stomped-down dust, the desert’s night owls came out.

The 29-year-old Anitta made history earlier this year as she became the first Brazilian to reach the world’s number one spot on Spotify.

During a set that saw her jump seamlessly between Portuguese, English and Spanish, Anitta later launched into her booty-grinding reggaeton hit Envolver, the masses joining in the rhythm.

“Our culture is getting noticed… Latinas are also reaching the top of the global scene,” Anitta told AFP in an interview last month. “I plan to keep making songs for every part of the world. Including in Portuguese, of course.”

OTHER MAJOR ACTS AT COACHELLA THIS WEEKEND

Other major acts playing sets at Coachella this weekend include Megan Thee Stallion and Doja Cat.

After Styles Friday, Billie Eilish is set to headline Saturday and The Weeknd will collaborate with Swedish House Mafia to helm Sunday.

The duet act was an 11th-hour addition after chaos agent Kanye West unceremoniously pulled out of his headliner spot mere weeks ago.

Travis Scott also dropped out after a deadly stampede at his Astroworld show in Houston last year, while 2020’s anticipated headliner Frank Ocean is set to return to the desert in 2023.

Stromae is set to play Saturday, as is Palestinian DJ Sama’ Abdulhadi.

In a last-minute surprise, Arcade Fire played a set Friday evening – while rap duo City Girls set off a heated audience twerk-off during a rendition of their 2021 hit Twerkulator.