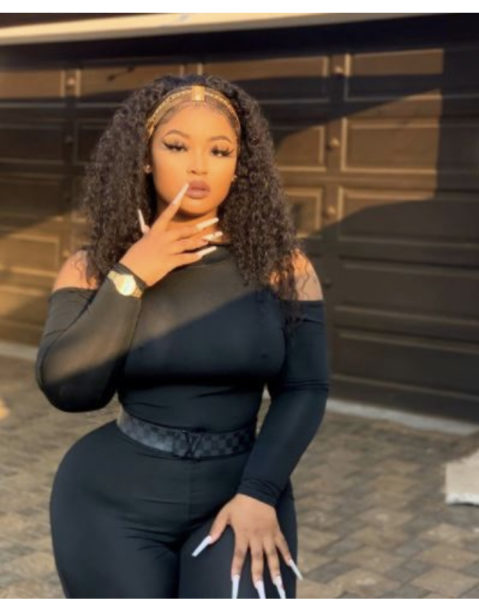 Cyan Boujee is once again the talk of the town after she alleged that she was assaulted by the owner of Corner Butchery, a venue in Mamelodi.

The DJ first shared a video of her face looking battered, captioned “imagine going to a gig and coming home looking like this as an artist!!! FOR LITERALLY NOTHING.”

Naturally, tweeps were shook and went in her comments to offer her their support, saying violence is never the answer.

After seeing the video, the owners of the venue released an official statement saying that Cyan had  not given the full details of what happened.

According to the owners, Cyan had started the fight when she went after another artist who had been booked to perform.

They said she wasn’t even booked to perform on the night in question.

She allegedly went after a performer, at which point the venue owner stepped in to defend their artist.

Cyan and her friends then attacked the owner, damaging his clothes and some of the place’s facilities.

They called her out saying she has a violent history that they know of but chose to ignore so they could empower her, and said it saddens them to see her now try to ruin them like this.

Few hours ago, Cyan released another video to clarify things.

She said there was no artist on that night other than her.

She says she and her friends went there because the owner owed her back pay for two previous events, which is why they got into an altercation in the first place.