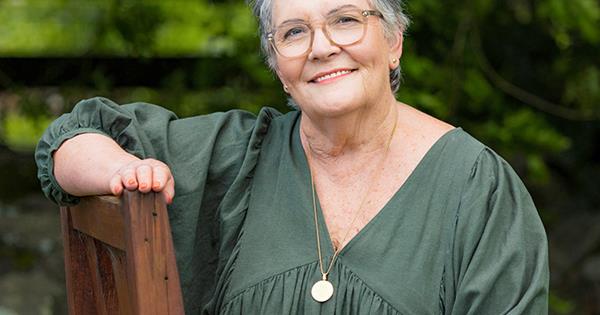 When Debbie would read his emails and social media posts, she would spot a number of spelling errors, when he was usually such a great speller. Yet he was now having difficulty remembering how to write even the simplest of words such as his own name.

But for someone who at the time was only 53 and a former Olympic coach, Mark (known as Sully) put it down to the stress of being self-employed as a high-performance business trainer.

Two years later in 2017, Debbie spoke to his doctor and asked, “Surely this can’t be just stress?” She then met with a neurologist, who immediately dismissed her fear of early-onset dementia, replying that Mark was too young and he was simply showing symptoms of depression.

“As time went on, I started feeling more and more frustrated with him that he could not pull himself out of this ‘stress state’, just like he had helped many of his clients get out of theirs,” recalls Debbie from her Hamilton home.

“I used to say, ‘You have all these tools, why don’t you use them?’

“One day, when Mark was presenting a workshop, he went to write up on the whiteboard the word ‘reputation’, but he could not remember how to spell it. One of the participants came to his aid and took over writing for him.

“From then on, he asked different participants at the workshops to come up and write the points, thus making it more interactive for them. Of course, they did not know that he was afraid to write.”

Things did not improve. Mark forgot how to dress or undress himself, left water running and became unable to use a can opener.

“However, the scariest thing for me was his driving,” says Debbie. “He couldn’t judge car distance and I became scared to get into the car with him as I always thought he was going too far to the right or too far to the left. But his eye test came back fi ne.

“My sister kept nagging me to get a second opinion, which we eventually did 12 months later and Mark was diagnosed with a rare form of brain disease called posterior cortical atrophy (PCA), which only affects those in the 50 to 65-year-old age group.”

“His world fell apart,” tells Debbie. “He was too young to accept it and it was ironic that he had spent years studying the brain for his work. When I rang to tell his clients, they were really shocked because they hadn’t picked up that anything at all was wrong.

“So we did a lot of research and spent four months doing a number of alternative therapies in Sydney like hyperbaric oxygen, red light therapy and eating a strict ketogenic diet.

“I thought Mark would be the miracle who would beat this. I really did,” she muses. “At least I can look back now and say we did everything that we could to halt his decline.”

After calling the disease the “Silent Assassin” because it creeps up on you, Mark decided to start a Facebook blog called “My Life with Al”. But after four posts, it became too sad for him to share his journey.

“What it did give him though, while he was still aware,” says Debbie, “were all the lovely comments and memories that people would have said at his funeral.”

The couple’s two adult daughters Soleil, 31, and Jazz, 27, moved back home to help support their parents, and noticed that their mum was also suffering from her world having been turned upside down.

With Mark’s senses becoming increasingly heightened, there weren’t many things she could quietly do in his company other than watch TV on a low volume.

“But I didn’t want to watch TV all the time, I wanted to be stimulated,” says Debbie.

“My girls said they had an idea of something I could do and set me up on Procreate [a creative online app] on the iPad, where I started tracing and practising drawing different flowers.

“I found it was a way to get lost in myself,” she recalls, admitting her newfound art talent was a revelation.

“Whilst caring for Mark full-time, digital art became my escape – something to learn and grow whilst my whole world was paused.

“Of course, I was really bad to start with. I would draw flowers in a jar and then realise the stems were outside the jar!

“Down the track, my sister rang me and said, ‘Wow, your flower designs are fantastic!’ But I didn’t know how she could have seen them because I hadn’t ever shown anyone.”

Unbeknown to Debbie, her devoted daughters had put her floral prints up for sale on Chooice, a website showcasing unique creations from New Zealand artists and craftspeople.

“I never thought these two would go behind my back and advertise what was just my hobby!” she laughs, squeezing her daughters’ shoulders.

“But we’re so happy we did!” interjects Jazz, “because it’s given you confidence and something else to talk about, other than how Dad is, when people see you.”

Debbie’s online business “Blossom 1954” was born, with Soleil and Jazz helping her to run the technical side of things.

“Who says you can’t start a side hustle in your 60s?” says Jazz, while her mum adds, “I couldn’t believe it when customer requests started coming through and people asked me to design their tattoos for them, which included one lady’s wedding bouquet.”

Prior to designing, Debbie says her creativity came from being a synchronised swimmer (she was a national champion for many years) before a career coaching the sport.

It was October 1988 when a friend recommended Mark’s expertise to Debbie, to help her with a swimmer who was struggling with a particular synchro move.

“He showed up to the pool in ripped trackpants and said, ‘What’s up?'” remembers Debbie, smiling. “I didn’t know him at all, but he had just come back from the Olympics and it took him 15 seconds to figure out a problem I had been having for ages.”

With a seven-year age gap between them, background cries of “Mum’s a cougar!” come from her daughters before the trio burst into giggles.

“Early on in this journey, we chose to laugh where we could, rather than cry,” explains Debbie. “It’s been a rough road, but I’m so fortunate to have family, friends and most importantly our two girls by my side every step of the way.”

Mark, 60, now lives in a nearby hospital care facility – a decision he made because he realised he needed professional care around the clock.

“He’s the best dad in the world,” enthuses Soleil.

“Even though his speech is now slurred, we can understand what he’s trying to say. I still like to ask him who his favourite child is and he won’t admit it, so I know Dad’s still there.”