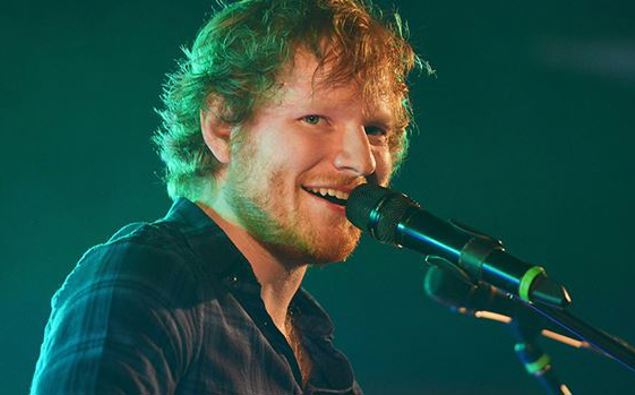 When the 31-year-old megastar found out that 15-year-old Australian fan Harry Hunter, who has acute lymphoblastic leukemia, had been listening to his music as a form of therapy, the ‘Shape of You’ hitmaker wanted to send a special message to the teenager.

In the clip, he said: “Hey Harry, Ed Sheeran here.

“I heard you were a fan of my music so I wanted to make a video for you.

“Thank you for being a great fan and lots of love.”

According to Australia’s Nine News, Harry’s mother got in touch with the Grammy winner and her son said he found it “quite surreal” getting a recorded message from his idol.

Back in 2018, Ed made a terminally ill fan’s “dream come true” ahead of a concert Down Under.

The Perfect singer spent time with 36-year-old Sherie Hagger – who was battling stage 3 bowel cancer – before his performance in Adelaide, and though their time together was a “blur”, Sherie said she would treasure the moment forever.

She revealed on her blog at the time: “I arrived at the venue at 5pm, with my Mum and two sisters. Considering all four of us had purchased tickets and were going together, it was unforgettable that we all experienced this together.

“At around 6pm the dream came true. I was in a small group of approximately 16 people, most of which were young children that are unwell, and their parents/guardians.

“We all had our own time with Ed, I can’t really tell you how long I spent with him, nor what we talked about, because it’s all such a blur.

What I can tell you however, is that the way he comes across in the media, is exactly the way he is in real life.

“He’s normal, he’s down to earth, he’s humble, he’s kind, he’s everything I had expected – if not more – plus he genuinely loves his fans…

“It has taken me over a week to write this blog post because it has taken me this long to comprehend what actually happened… I ACTUALLY MET ED SHEERAN!!!! The memories will last forever and it felt beautiful to finally experience pure joy and happiness again. Thank you Ed xox (sic)”

And Sherie revealed the “humble and kind” star also showed his gratitude to the groups of fans who had queued for hours in the hope of getting a spot near the front of the stage by ensuring they were well fed.

She wrote: “At the Adelaide concert there were fans camping outside the venue for days in advance, to make sure they got prime position! Ed organised for pizzas to be delivered to them. That act of kindness toward his fans doesn’t even scrape the surface.”

Before their meeting ended, Ed signed Sherie’s iPhone with the message, “Sherie! You’ve bloody got this. You legend! Ed (sic).”