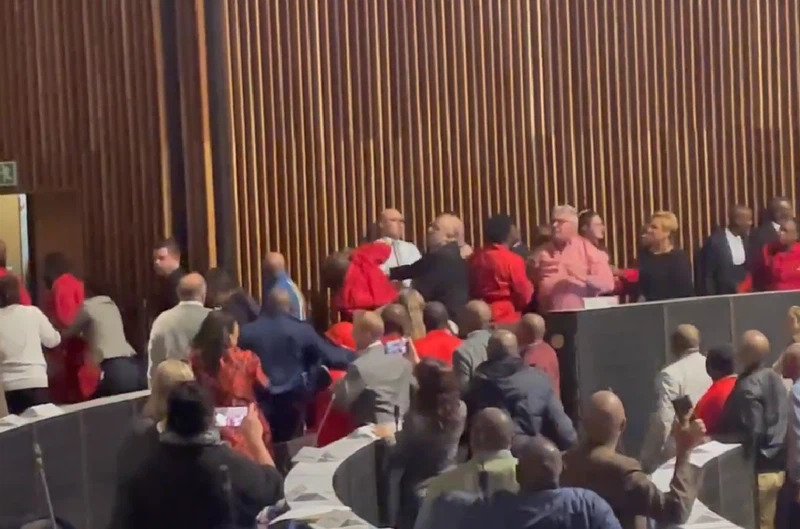 Speaker of City of Johannesburg Council Vasco Da Gama will be reporting all councillors involved in the violence at the recent Council meeting.

“The ANC and EFF members were staunchly opposed to Item 8 of the Council agenda, which dealt with the appointment of an Acting Secretary of Council,” said Da Gama.

Their opposition became very apparent as video footage showed them getting into a scuffle. Fists and slaps were seen flying as EFF councillors physically fought with other officials and councillors.

In one of the videos, an EFF councillor can be heard threatening Da Gama.

“If you do not withdraw the item and give us what we want, we will physically remove you,” the councillor is heard saying.

According to Johannesburg Mayor Mpho Phalatse, a female EFF councillor assaulted another woman, a Council official. Two other women councillors were also assaulted.

Da Gama said such violent, disruptive behaviour will not be tolerated any longer.

Da Gama said he will be reporting all councillors involved in the violence to the police to be charged.

The Ethics Committee has also been mandated to urgently attend to the matter.

“Councillors need to reflect on the fact that you may be right, you may be wrong, but when you are rude and disruptive, you are wrong.”

COUNCILLORS SHOULD WORK TOGETHER TO FIX THE CITY

Da Gama wants to remind councillors that their salaries are paid by the residents of Johannesburg.

Their sole job, he said, is to represent and promote the interests of residents.

“To disrupt the meeting and delay Council proceedings with such violent, anti-social behaviour, deprives the people of the City of Johannesburg of much-needed services and solutions. This destroys the trust they have placed in councillors.”

Residents do not deserve to get side-tracked by “petty squabbles”, Da Gama said.

“People are suffering. They need us to be there for them… to find solutions… to ensure that services are delivered,” Da Gama said.

Meanwhile, Phalatse said the presence of EFF’s hard hats in Council should be relooked at as they are used as weapons during altercations.