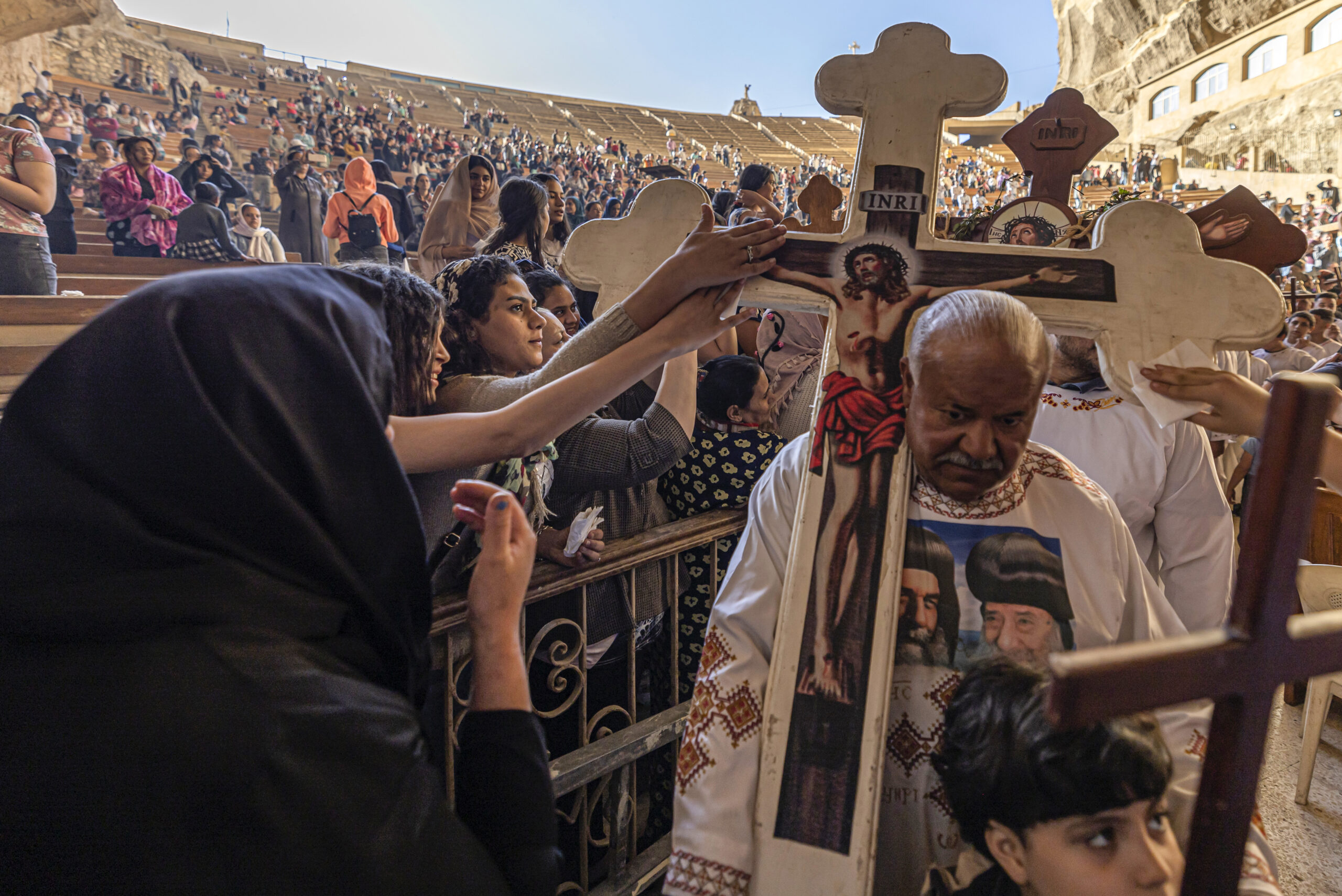 The nine residents of Ezbet Faragallah village in Minya governorate, south of Cairo, were part of a protest of about 70 people who on January 22 had demanded the restoration of their church, which had burned down five years earlier.

They were released on Sunday morning, the day that Coptic Christians celebrate Easter, the village priest told AFP.

The nine villagers faced charges of “participating in an assembly that endangers public peace, and committing a terrorist act with the aim of disturbing public security,”

according to the Egyptian Initiative for Personal Rights (EIPR), a rights organisation.

The Church of Saint Joseph and Abu Sefein was destroyed in a fire in 2016, which some have described as a “deliberate act,” according to EIPR. It was officially demolished in July 2021.

The church submitted a request to rebuild, but received no response from authorities, though a 2016 law specifies a maximum response time of four months.

In a statement last month, the rights watchdog Amnesty International called for the residents’ release, saying the authorities had “for years ignored calls to rebuild the church, leaving around 800 Coptic Christians without a place to worship in their village.”

Although the 2016 law on the construction and renovation of churches purported to solve long-standing difficulties in obtaining church building licenses, rights groups argue that it only entrenched religious discrimination.

According to EIPR, authorities have conditionally approved less than 40 of requests to build or repair churches since the law came into effect, with only 20 percent granted final approval.

WHO ARE COPTIC CHRISTIANS?

The community has long complained of discrimination and underrepresentation.