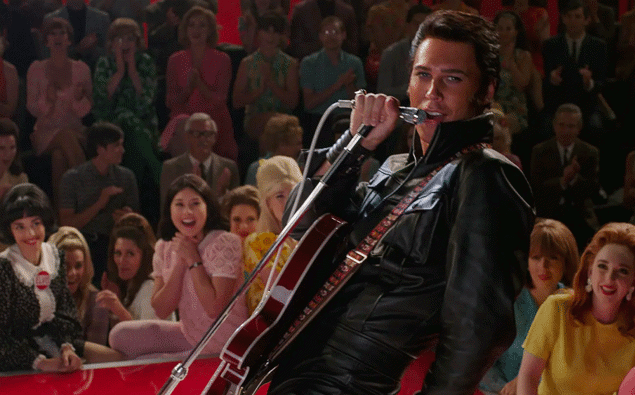 The 30-year-old actor portrays the late Elvis Presley in Baz Luhrman’s new musical and though he wore numerous costumes throughout the film, the outfit he donned to recreate The King’s 1968 TV comeback was particularly special to him because it was part of the first musical number he shot for the project.

Austin said: “That was a big one for me. It was a monumental time, so I took one of those.”

The actor found the costumes essential to help him identify with Elvis and explained how each outfit made him move differently.

He told Entertainment Weekly magazine: “Clothes change the way that you feel for any character that you play, but never more so than with him, because in the ’50s when I’m wearing a lace shirt, you move differently where the pants flow.

Austin wasn’t the only person to take home a souvenir from the set as director Baz Luhrmann admitted he also took some costume pieces and props, though his favourite item from the shoot was a joke gift from Tom Hanks, who plays Elvis’ manager Colonel Parker.

Baz said: “Every Elvis movie poster ever done, Tom rewrote them with all of these jokes, and had them reproduce it identically.

“But it’d be like Elvis’s body with Austin’s head and then ‘See Austin Butler like you’ve never seen him before.’ And that was hilarious.

“[He gave me a new one] once a week. And I had a collection of them on my wall. There’s about 15 of them. I cherish those. Tom’s just got a way like no other of cohering a team.”

He said: “I felt such a responsibility to Elvis, his family, all the people around the world who love him so much. So it was an incredible amount of pressure – and with that comes an immense amount of fear.

“I started feeling this energetic exchange. And so I allowed my imagination to just truly accept that this is the ’68 Special’, I’m doing this for this audience right now. My career is on the line.

“I looked at myself in the mirror – I’m dressed in the leather, covered in sweat. And I had this moment where suddenly I was like, ‘OK I can do this.’ “