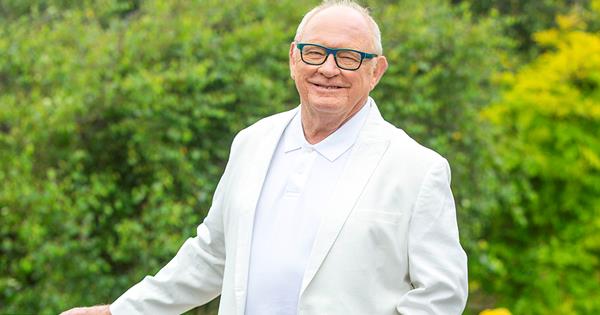 Since its first broadcast 45 years ago, iconic TV show Fair Go has become so woven into the fabric of New Zealand television that it’s hard to imagine life without it. In fact, its mere existence provides comfort to Kiwi consumers and the utterance “I’m taking it to Fair Go” has become a familiar catchcry for anyone who feels they’ve been wronged.

The consumer rights show, which first aired on April 7, 1977, has battled con artists, uncovered scams and taken on causes with an unrelenting commitment to the underdog.

As the nation’s second-longest-running programme (after Country Calendar), the 45-year milestone is an incredible achievement for everyone who’s ever worked on it and for the loyal viewers who continue to tune in each week.

The Weekly talks to some of its stars, both past and present, about their memories from their time on the legendary show.

Kevin Milne
TV legend Kevin Milne has been called many things in his time, but “the Fair Go guy” is probably the most common.

“They seldom remember my name, but they never forget the show,” he tells.

And it’s no wonder his face is synonymous with the programme, he spent 27 years there – starting out as a field reporter in 1984, before taking over as host in the mid-’90s.

Kevin, 73, says he never expected to spend so long in the job, yet as soon as he joined the Fair Go team, he knew it was the place for him. Working alongside broadcasting veteran and Fair Go creator Brian Edwards was an unforgettable experience, he says.

“It was the perfect mix of investigative journalism, entertainment and presenting in the studio. Like any job you enjoy, I worked long hours and extremely hard, but it didn’t seem like work.”

While he and the Fair Go team helped thousands of Kiwis, two of his fondest memories both involve ice cream.

“The story I like to remember most was a campaign to get dairy owners to wear gloves and stop touching ice-cream cones with grubby hands. A clever film showing how yucky the practice was and a follow-up campaign saw the introduction of cone covers or tissues all round the country. Now you hardly ever see shopkeepers holding ice creams with their bare hands. They’re too scared to! I loved that story because it affected so many New Zealanders, mainly kids, who ate the cones.”

Kevin’s next ice cream story wasn’t quite so successful. It involved roping in two women from a live audience to pick out pieces of hokey pokey from tubs of ice cream to see which brand was the most generous.

“For half an hour they were up to their elbows in ice cream. I can’t remember which had the most hokey pokey, but a few days later a GP called us to say two of his patients had frostbite!”

But the story Kevin is most proud of is getting a house rebuilt for a West Coast family after they discovered their home was leaky and their builder refused to take responsibility. After a Fair Go appeal, architects, tradies and suppliers from all around the country offered their services for free – and the family ended up getting a brand-new home thanks to the volunteers. “It was Kiwis at their best,” Kevin enthuses. “And that’s what makes the programme so special, it’s the importance we place on fairness. Kiwis love that.”

There have also been moments of drama – one of which came in the form of a death threat. His son Alex answered the phone one Saturday morning to a man telling him he was going to blow up the Milne family home.

“Alex thought this was so exciting,” laughs Kevin, who admits it certainly wasn’t funny at the time. “I called TVNZ in Auckland, and the man had also rung them and said he was going to blow up the TV centre there. It never happened. We found out who the man was and we weren’t doing a story about him! Alex couldn’t wait to get to school on Monday to tell his friends.”

Having retired from Fair Go in 2011, life is a little quieter now for Kevin and his wife Linda, who are based on the Kāpiti Coast. Their sons Alex, 39, Rory, 36, Jake, 32, and daughter Tommie, 20, have all flown the nest, and Kevin keeps himself busy with his column in the Weekly, a slot on NewstalkZB and his spokesman role with Carpet Mill. To most of us, though, he’ll always be “the Fair Go guy”.

Gill Higgins
Fair Go reporter Gill Higgins felt undeniably daunted on her first day back in 2018. She might have worked in primetime roles on Close Up and Seven Sharp, but Fair Go‘s reputation was like no other, she says.

“I remember being in a meeting and Pippa [Wetzell] and Garth [Bray] sounded so knowledgeable about insurance policies and consumer guarantees, and I thought, ‘Wow, I have a lot to learn!'”

Thankfully Gill, 56, who is mum to India, 20, and Ben, 18, learnt fast, and she’s confident tackling the often-thorny stories. She loves travelling the country and meeting Kiwis from all walks of life, and feels privileged at being able to offer her help.

“People love to know that if all else fails, they can turn to Fair Go. It’s very special.”

While she’s had plenty of successes, including chasing a rogue roofer all the way to court, one campaign that didn’t pan out was her efforts to reduce single-use plastic at fast-food outlets.

“I was pretty appalled that my husband Verney was given four plastic spoons and five napkins with his KFC,” she explains. “It’s a small thing for one person, but millions of people have takeaways every month, so I suggested to the team that we start a campaign of ‘Ask for Less’. Some people supported what we were trying to say, but most people commented that they liked to get lots of serviettes to keep in their car, so it kind of backfired!”

Gill admits she’s learnt a lot about herself throughout her time on the show.

“I’ve come to realise that I’m naturally a trusting person. I still sometimes find it hard to believe that there are dodgy traders out there who really don’t care about ripping people off. I always start off giving them the benefit of the doubt.”

Garth Bray
Before joining Fair Go in 2014, Garth Bray was living a fast-paced life as TVNZ’s Europe Correspondent in London. He chased stories around the globe, found himself in many dangerous situations and barely stayed in one place for long before hunting out the next exclusive.

Fair Go provided a wonderful contrast. “Easter was coming, so on my first day I had to hire a bunny suit and try to convince a colleague to wear it for a story. It was a big change from working out where to hire flak jackets!

“Fair Go is so different from the news,” he tells. “People come to us, and share their lives and their troubles. We have to work really hard to tell the story in a fun or interesting way, and then work even harder to try and make things better than we find them. News is fun too, but it’s a different kind of fun.”

The 49-year-old, who is married to artist Celeste Sterling and dad to Kellen, 12, was hired on a temporary basis to cover for veteran reporter Mark Crysell, who’d taken a couple of months off to spend with his newborn baby.

But eight years on, Garth is still there and loving the role as much as when he started. “Fair Go is special to Kiwis because we give a voice to the voiceless – mana reo, as we say here. That idea someone might have your back must be a huge comfort.”

The work he’s most proud of is his stories on meth clean-ups – forcing the industry to look at homes and families affected by drug manufacturing.

“There was a lot of resistance to the story, but that’s when Fair Go is at its best, going against the grain to tell the truth.”

Hadyn Jones
When investigative journalist Hadyn Jones joined the Fair Go team in 2017, he thought it would be easy. He envisaged stories simply landing in his inbox, straight-forward reporting and being able to put things right every single time. He was wrong.

“Now I know Fair Go stories undergo the most scrutiny before going to air because we are often exposing dodgy businesses. We have a legal team which picks through the stories, then everyone on Fair Go watches the story and dissects it again. The details matter like no other show.”

New Plymouth-based Hadyn’s life changed almost overnight when he started on Fair Go. He says people often forget it’s a TV show rather than a public service. “I get phone calls at all times of the week from people desperate for help. I don’t hide my phone number, but I’m also not a help line. And it’s hard to listen to some stories. They are heartbreaking. I’m thankful for the people we can help and mourn the ones we can’t.”

In fact, like many working parents, Hadyn, 46, is still working out how to achieve the perfect work-life balance. Every Monday morning he farewells his wife Zanta and kids Marley, 12, Archer, 10, and Perry, eight, and heads to Auckland for several nights away filming.

“The hardest part is juggling the hours, the stories and the travel. Every story is like a jigsaw puzzle, but you never start with a full box of pieces. You need to find ways to switch off, otherwise you find yourself thinking about them constantly and your wife is yelling at you that you’ve left one kid behind at school.”

Kerre Woodham
Broadcasting legend Kerre Woodham might be a household name now, but when she started on Fair Go back in the late ’80s, she was merely starting out. And like most young reporters, she felt “absolute terror” during her first few weeks on the show.

“I was totally out of my depth and not a patch on the other journalists on the show in terms of experience or ability,” she says with her trademark candour.

Kerre tells us she was hired to provide the light entertainment – and it was a role she relished. Her favourite memory was a story involving a cat door put at the top of the door, and a team of “stunt cats” who were brought in to attempt to access it.

“I loved all the silly funny ones – they’re the ones that people remember too.”

Thankfully, Kerre’s confidence grew and after three years, she left to fill in for Belinda Todd on Nightline. From there, her star grew, becoming one of this country’s best-loved broadcasters.

“Fair Go taught me that I while I was never going to be a brilliant, change-making journalist the likes of whom I’d admired through journalism school, I found I was a natural performer and there was a role for me doing that.”

The Weekly columnist is now a doting grandmother of two, who hosts a popular morning show on Newstalk ZB.