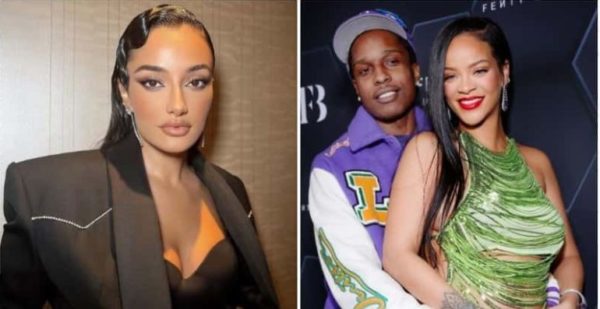 Fenty Shoe designer Amina Muaddi has taken to her social media to deny having an affair with ASAP Rocky.

The rapper has been accused of cheating on Rihanna with is denying the “unfounded lie” that spread like wildfire on social media this week.

Amina on the other hand  released a statement Friday addressing the rumor and calling it “fake gossip.”

The footwear designer began the statement by saying she did not think a rumour that was started with such malicious intent needed to be addressed.

“I’ve always believed that an unfounded lie spread on social media doesn’t deserve any response or clarification, especially one that is so vile. I initially assumed that this fake gossip – fabricated with such malicious intent – would not be taken seriously. However in the last 24h I’ve been reminded that we live in a society that is so quick to speak on topics regardless of factual basis and that nothing is off limits. Not even during what should be one of the most beautiful and celebrated times in one’s life,” Muaddi’s statement begins.