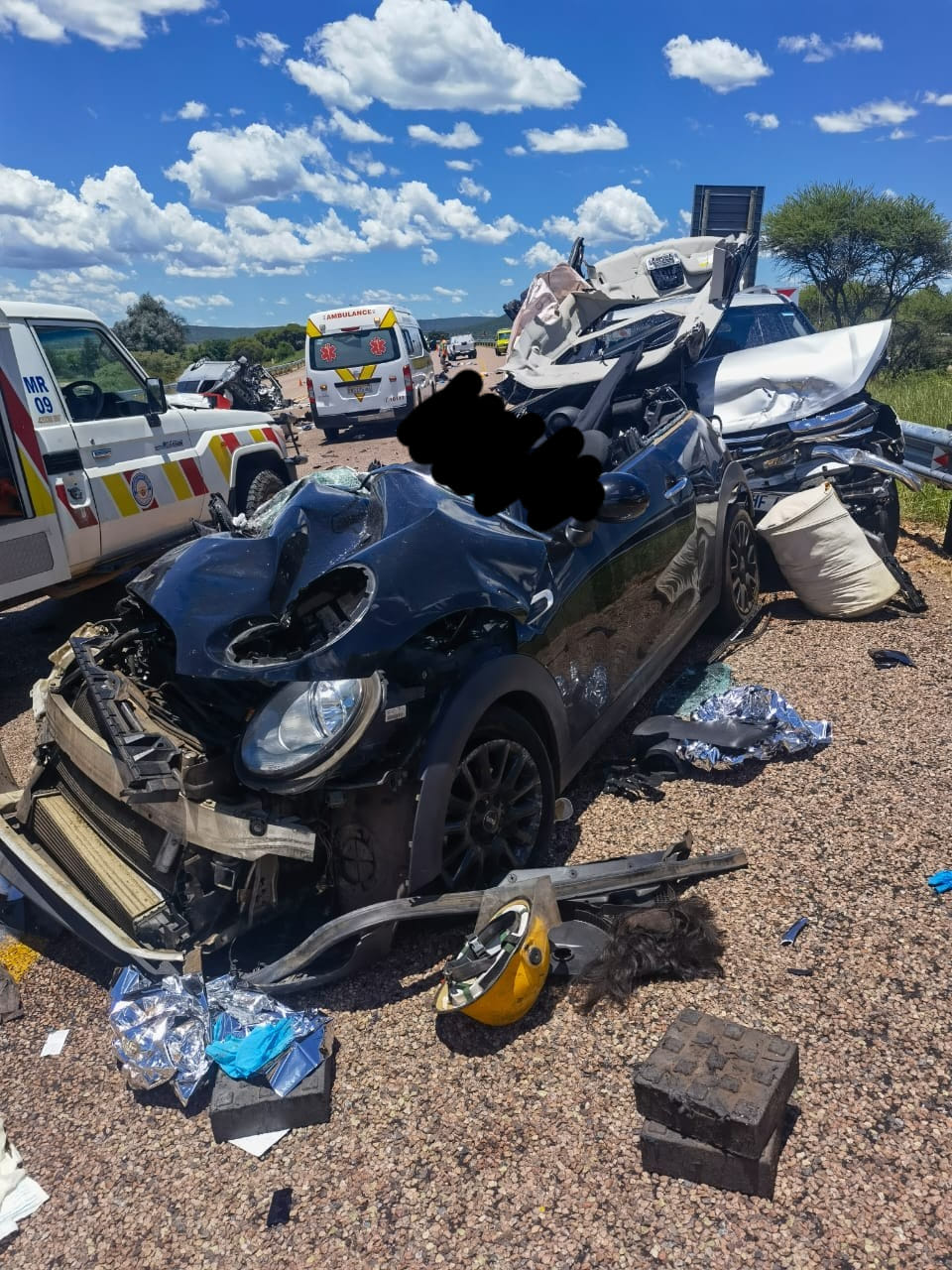 Arrive Alive said five people were killed on Friday when an SUV got a tyre burst and crashed head-on with two oncoming vehicles.

THE MULTI VEHICLE ACCIDENT HAPPENED ON THE N1

“On the N1 near Middlefontein (Kranskop area), an SUV got a tyre burst and crashed head-on with an oncoming vehicle and SUV,” it said.

Five people died on the scene and on the way to the hospital, while two others sustained very serious injuries.

FIVE PEOPLE WERE DECLARED DEAD ON THE SCENE

“Four of the deceased were in the SUV which tyre burst and the fifth victim was in the hatchback.”

According to Arrive Alive, local authorities were on the scene for assistance and further investigations.

WHAT TO DO AFTER AN ACCIDENT:

ALSO READ: Mother, father, and child burnt to death in a HORRIFIC accident