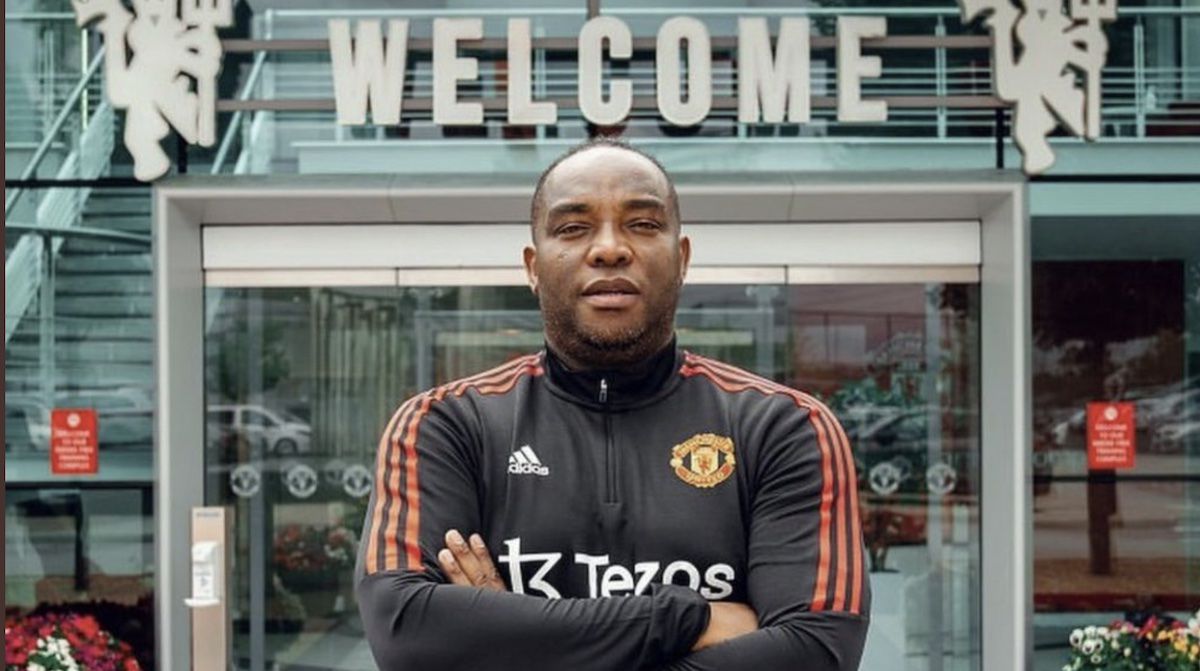 Manchester United boss Erik ten Hag has added to his backroom team with the appointment of Benni McCarthy as a first-team coach.

The former Bafana Bafana striker was a boyhood Reds fan and scored twice against the Manchester giants for Porto in the 2003/04 Champions League knockout stages.

“I support Manchester United and always wanted to play for them,” said McCarthy, who was raised in Hanover Park on the Cape Flats.

The 44-year-old also represented the likes of Ajax, Blackburn Rovers and West Ham United during his distinguished career.

McCarthy played 139 matches for Blackburn Rovers, 120 for FC Porto, 96 for Celtic Vigo, 53 for Ajax Amsterdam, 39 for Orlando Pirates and 14 for West Ham United in all competitions during his playing days.

He also has 80 caps and a record 31 goals for Bafana Bafana.

McCarthy left his post as AmaZulu head coach in March after guiding the KwaZulu-Natal team to a best-ever second position in the league.

In 2020/21, he was named the South African Premier League’s Coach of the Season.

McCarthy will specialise in coaching attacking plays and positioning.

The Manchester United coaching team is now in place ahead of the start of the 2022/23 season, with Brighton & Hove Albion visiting Old Trafford on Sunday, 7 August in their Premier League opener.

Former midfielder Fletcher also has a wider remit as technical director, overseeing the path from Academy to the first team, plus players out on loan.

Richard Hartis and Craig Mawson are the goalkeeping coaches.