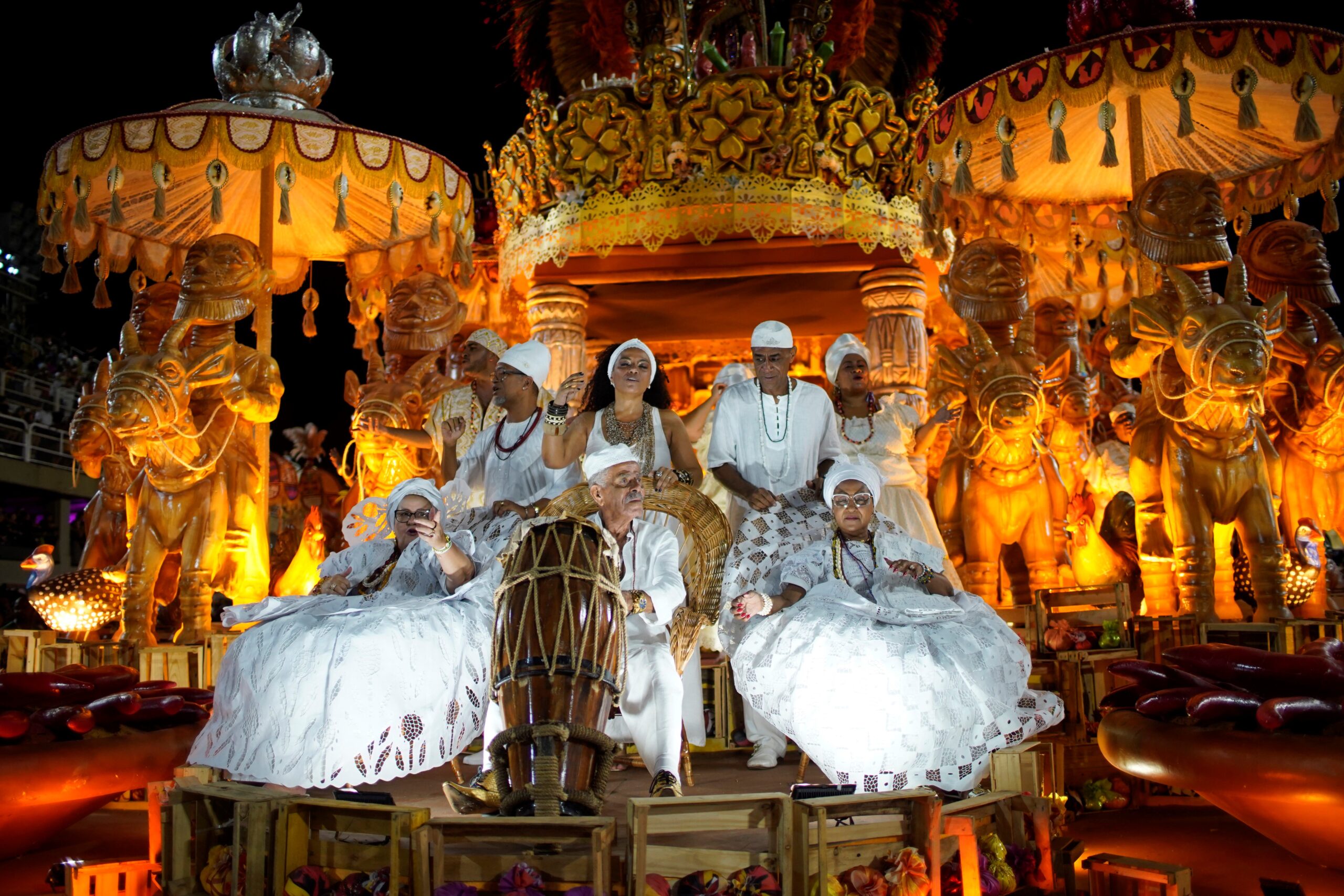 After a two-year hiatus due to Covid-19, the jury for Rio de Janeiro’s colorful, cutthroat carnival competition on Tuesday named the winner of the 2022 edition — a parade on the theme of religious tolerance.

Grande Rio, a samba school from the impoverished neighborhood of Duque de Caxias, claimed the coveted title for the first time in their history for a highly colorful, sparkling parade dedicated to the Afro-Brazilian deity Exu.

It was a politically charged choice of theme in a Brazil where Afro-Brazilian faiths such as Candomble and Umbanda have been widely demonized by the country’s powerful Evangelical Christian movement, which is closely allied with far-right President Jair Bolsonaro.

“We conceived our parade as a defense of our beliefs against religious racism and the demonization of Exu,”

TOP FIVE THEMES OF THE CARNIVAL

Twelve samba schools took part in the all-night contest Friday and Saturday, which had the city’s dedicated carnival parade venue, the “Sambadrome,” throbbing to the beat as a glittering, sequin-studded sea of dancers, drummers and floats flooded the avenue.

It was an exuberant unleashing of pent-up party spirit, after two long years of a pandemic that has hit Brazil hard, claiming more than 660 000 lives.

The six top samba schools will fill the avenue again for a “champions’ parade” Saturday night.

The issues highlighted by the schools are in the spotlight as Bolsonaro, who has faced frequent accusations of racism and intolerance, gears up to seek re-election in October.

Third place in the contest went to 2020 champions Viradouro, whose parade paid tribute to the legendary carnival of 1919, the first after the devastation of another pandemic, the Spanish flu.