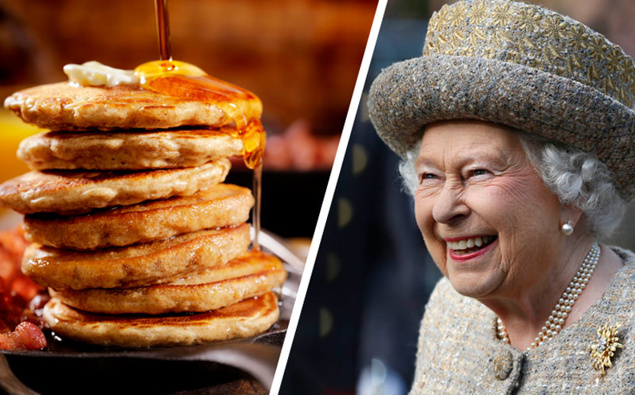 Her royal majesty has just revealed her very own personal recipe for “Drop Scones”, also known as, “Scotch Pancakes” and we can’t wait to try it out for ourselves.

The recipe – which was written when The Queen was just 34 years old – has surfaced online, included in a letter to former US President Dwight Eisenhower, after his visit to the Balmoral estate in Scotland.

“Dear Mr President,” the letter reads. “Seeing a picture of you in today’s newspaper, standing in front of a barbecue grilling quail, reminded me that I had never sent you the recipe of the drop scones which I promised you at Balmoral. I hope you will find them successful.”

“I have also tried using golden syrup or treacle instead of only sugar and that can be very good, too,” Queen Elizabeth added, suggesting her on pancake tips.

“I think the mixture needs a great deal of beating while making, and shouldn’t stand about too long before cooking.”

Drop Scones or Scotch Pancakes are known for being smaller, yet thicker and fluffier than your average pancake, and all-around more royal!