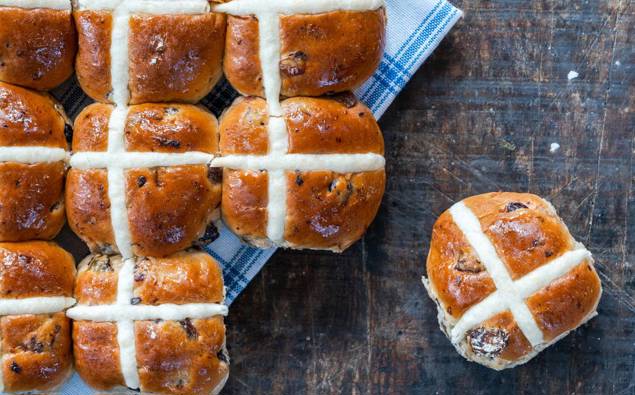 The country’s best supermarket hot cross buns have been tasted and voted on and results show traditional is best – as long as it is slathered in butter.

Consumer NZ has released its findings after blind taste-testing 11 different varieties available in supermarkets around the country; from the traditional raisin and spice recipe to the not-so-traditional chocolate kind.

“The winning hot cross buns were described as traditional with a soft texture balanced with spice and fruit that was warmed then slathered with butter.”

One taste-tester said the Fresh Choice buns had a good amount of spice and chew.

The traditional buns found at Countdown were cheap but very tasty, the panel said.

Of the non-traditional hot cross buns featured in the test, the gooey peanut butter choc cross bun from New World (half a dozen for $5.99) did not fare well with taste-testers.

It was said to have an unusual flavour and texture combination.

The panel was upset that chocolate had been added to the hot cross buns.

Even the brioche hot cross buns introduced a number of years ago remained a no-go, according to the panel of taste-testers.

Consumer NZ’s James le Page said: “The panel has spoken. Traditional is the way to go. Without spice, it doesn’t taste of Easter. Our advice – get rid of all the imposters!

Category one: The classic

This article was first published in NZ Herald and is republished here with permission.