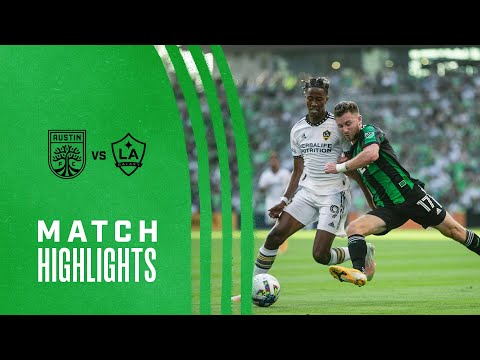 Despite having the vast majority of the ball and the chances, Austin FC fell in a 1-0 defeat against the LA Galaxy on Sunday night at Q2 Stadium.

The Galaxy took an early lead through Marco Delgado, who intercepted a pass and hit a long-range strike that glanced off the post and in. The Verde & Black nearly equalized on a number of occasions throughout the first half, coming close on a Diego Fagundez header in the 16th minute and a Sebastián Driussi volley fired over the crossbar.

Maxi Urruti then almost scored on the turn in the first minute of the second half. As the game wore on, LA looked to slow things down as much as possible, with goalkeeper Jonathan Bond picking up a yellow card for time wasting in the 53rd minute.

In the closing stages, ATXFC were twice unlucky not to draw level. Driussi’s powerful free kick rocketed off the post in the 89th minute, and Danny Hoesen’s flick dribbled inches wide.