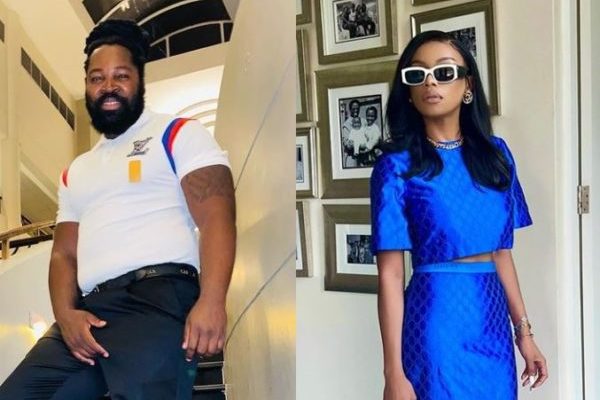 Big Zulu and Bonang Matheba got brows raised with a recent video that surfaced on social media.

The two bonded after Riky Rick’s memorial service at Johannesburg and they were spotted talking and being mushy towards each other.

The audio of the video wasn’t clear but their actions got many curious and it sparked dating rumors.

Queen B slammed the dating rumor and revealed that the musician was sweeping her off her feet but she’s vigilant and won’t fall for his tricks.

“A Zulu man will sweep you off your feet. Stay vigilant,” she reacted to the video.

A Zulu man will sweep you off your feet. Stay vigilant. https://t.co/SmaOKqBtoG