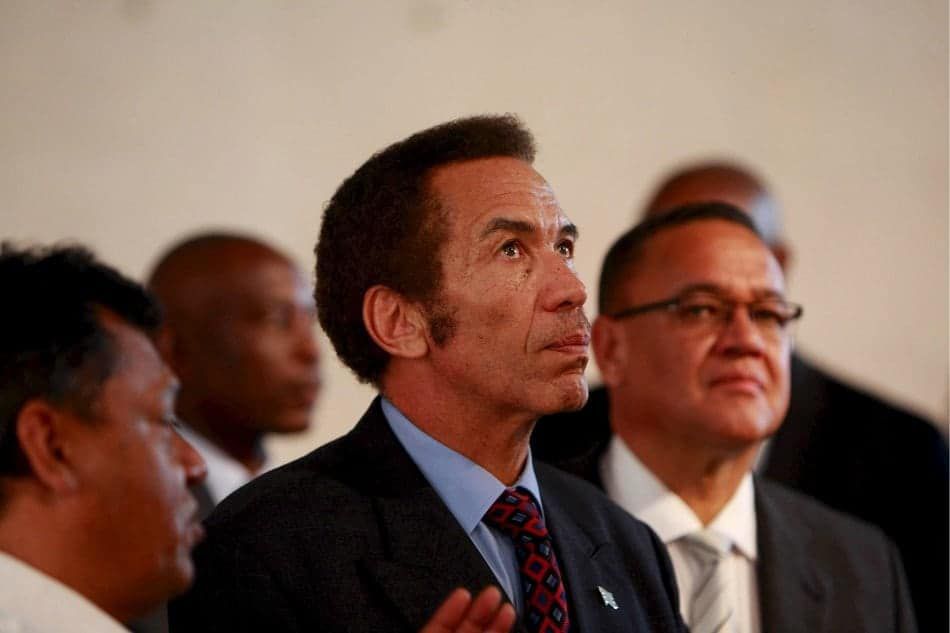 The former President of Botswana, Ian Khama, said that the country’s Directorate of Intelligence and Security are detaining his twin brothers Tshekedi and Anthony Khama, on Friday, 18 March.

Khama claims the alleged detention is the continuation of the harassment and persecution his family has been subjected to “since the fabrication of accusations against [him].”

“I do not know why my brothers are being detained. I am further informed that, the DIS are now going after Tshekedi Khama’s wife,” said Khama.

He furthered that a source from within the DIS said the detention is the result of specific orders from the current president of Botswana Mokgweetsi Masisi himself.

“I have not been able to speak to any of my brothers but I know that they have not broken any laws of Botswana,” said Khama.

According to The Voice Newspaper Botswana, DIS spokesperson Edward Robert confirmed that the directorate is “interacting” with a number of people including the former president’s brothers.

Robert was not very forthcoming and referred to the matter as just that, “a matter the Directorate is dealing with.”

“I am hamstrung to give details on the matter lest I tamper with the integrity of the investigations. I can however assure the public that the Directorate, in dealing with this matter, just as has been the case, with similar matters we have dealt with before,  be guided by the dictates of the law,” said the DIS spokesperson.

He said it is not the first such investigation and it won’t be the last and added that the entire process is guided by the law.

The former president was also accused of attempting to overthrow President Masisi’s government. He was vindicated when the Botswana High Court ruled that the evidence in the cases were fabricated.

“The country has suffered irreparable harm from the Butterfly prosecution. The state has committed a criminal act as the allegations are fabricated and outright false,” said Judge Zein Kebonang.

“Butterfly” is a reference to a former Botswana intelligence agent, Welheminah Maswabi, who went by that codename. She was also accused of trying to overthrow Masisi with the aforementioned pair.

It was previously reported that Khama fled the country, which he vehemently denied.

According to News24, the former statesman made his first recent public appearance at the funeral of the late former president of Zambia, Rupiah Banda’s, funeral on Thursday, 17 March.

Khama said that he met with Banda in January 2022, while in exile. At the funeral, he also said he was being persecuted in Botswana.