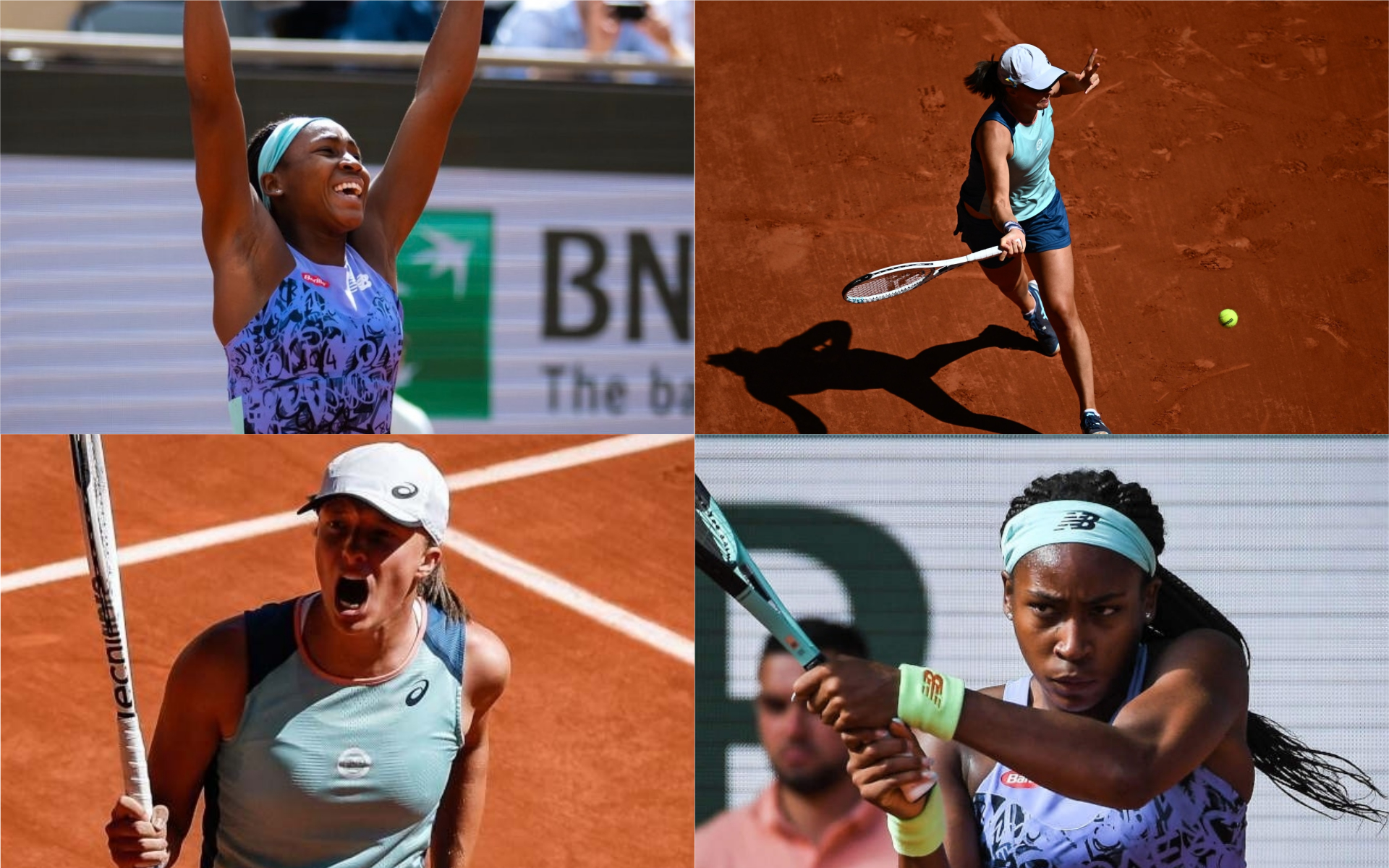 Wilander reckons that a player like Coco Gauff will have the best chance of ending the World No 1’s incredible sequence of victories, but will need to take her game up a notch.

Coco Gauff has a shot at stopping Iga Swiatek

Before Gauff secured her maiden Grand Slam final with a 6-3, 6-1 demolition of Martina Trevisan, Wilander shared his belief that the American’s power gives her a chance of throwing Swiatek off her game.

“It’s kind of one of those matches where the top player goes in and plays her opponent for a little bit then realises, ‘oh okay, if I play at about a seven out of ten I will be even with this opponent and I’m playing at an eight or nine, even a ten in the morning practice and the day before’,” Wilander said.

“So it gives her room to relax, play her game and then there’s no match really.

“The only chance you have is to overpower her and I think that Coco Gauff has a chance to do that but even then you’d need a Coco Gauff to go for her shots more than she normally does. But Iga Swiatek is just a machine right now.”

Swiatek trounced Daria Kasatkina 6-2 6-1 to book her place in the final.

A big serve is key

Seven-time French Open champ Chris Evert was in agreement with Wilander’s assessment of the prospective final.

“She was all business out there, she was more focused than I have ever seen her,” Evert replied.

“She knows the importance and the danger of a semi-final.”

“The only player that is going to beat Swiatek is a player with a lot of firepower and a big serve,” Evert said.

“You project to the finals, if a Coco Gauff wins that is probably the only type of player and type of game that can only really overpower Iga.”

The French Open women’s singles final is scheduled to get underway shortly after 15:00 on Saturday.