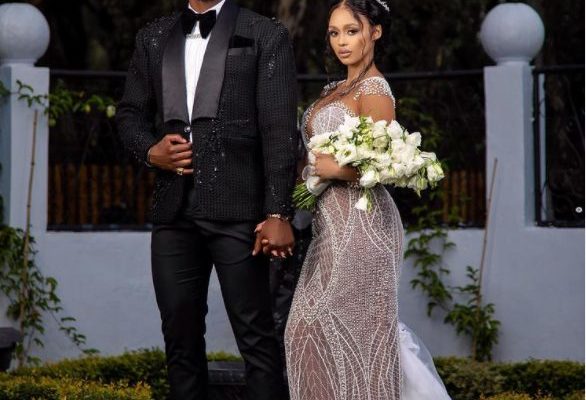 Saddia Sallie has taken to her social media to deny getting married to Tino Chinyani.

This is coming after Tino shared photos of himself with Saddia which resulted to people wondering if he has gotten married again.

Tino has been a single man after he announced his split from Simphiwe Ngema.

Well, the photos brought rumours that they are married but Saddia made it known that it is just a bridal shoot.