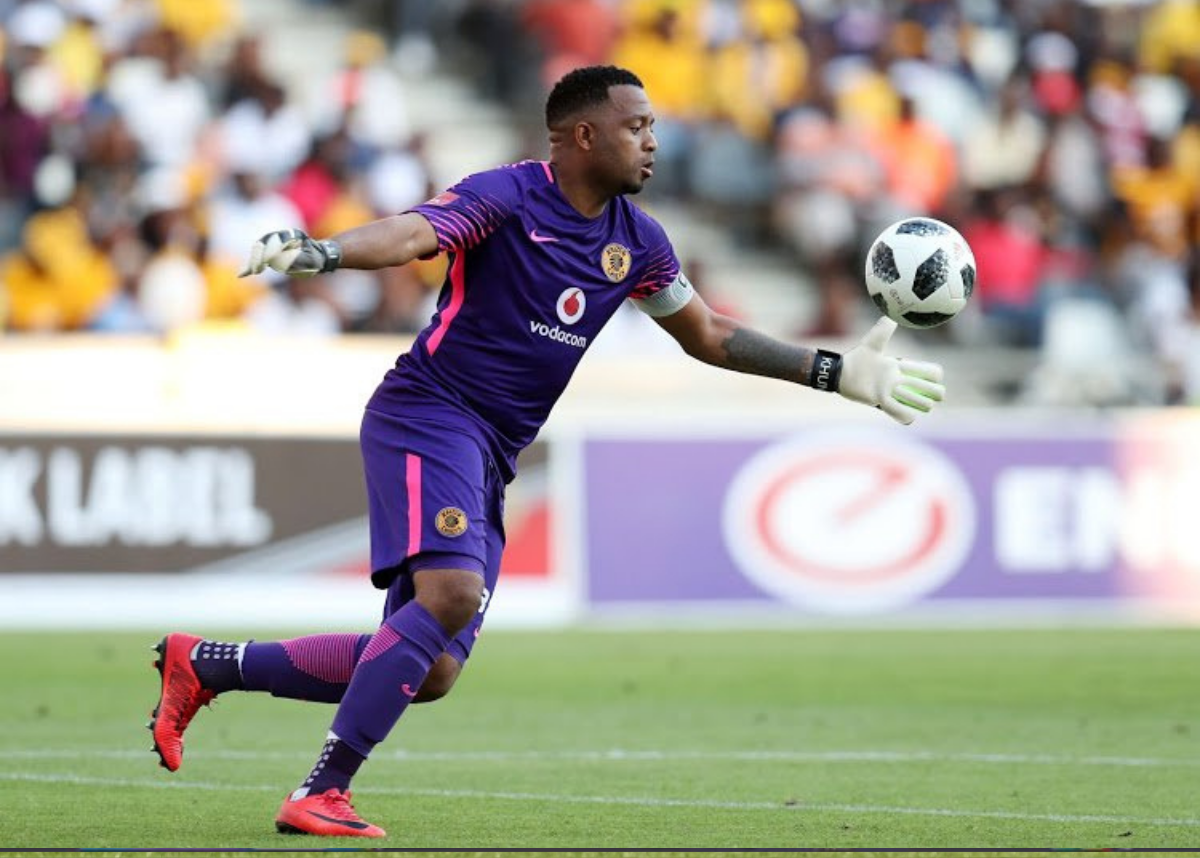 All Kaizer Chiefs fans should have heard the unwelcome news by now that number one goalkeeper Brandon Petersen has unfortunately suffered an injury. What does this mean for Itumeleng Khune?

While Amakhosi are yet to announce Petersen’s devastating injury, the news was revealed by Bafana Bafana’s outspoken coach Hugo Broos.

Asked about the reason for excluding the hot Kaizer Chiefs number, Broos said that Stuart Baxter told him he must forget about calling up Petersen. He is injured.

“Bruce has been there from the beginning, and he is there again but normally it should be Petersen, but he is injured. He (Petersen) was part of the squad but last week we got a phone call from the coach, and he said, ‘forget it, Petersen is out,’” Broos said.

The Belgian coach then opted to select, not without controversy, Amakhosi’s number two, Bruce Bvuma.

Alongside Bvuma in the national side’s selection is SuperSport United’s fantastic and experienced number Ronwen Williams, as well as AmaZulu’s Veli Mothwa.

So what does Petersen’s injury mean for Khune at Amakhosi?

BAXTER TO SELECT KHUNE FOR KAIZER CHIEFS THIS WEEKEND?

This is the huge question Khune’s biggest fans will ask themselves until the Golden Arrows game this weekend, or at least Baxter’s press conference this week.

To those of us who have been closely following the club’s goalkeeping situation at Naturena, it is unlikely that Khune will be selected.

As far as the pecking order has looked so far in 2022, it was first Petersen, then Bvuma, followed by Daniel Akpeyi, and last Khune as a fourth choice. Sounds unreal, doesn’t it?

Unless Khune has performed superbly in training in the past fortnight, it is not impossible to surpass Bvuma and Akpeyi.

The least we will see is Khune’s name in the 18-man squad this weekend, albeit he may be a third choice.

ALSO READ: History – Why Motaung gave up on Pirates to form Kaizer Chiefs