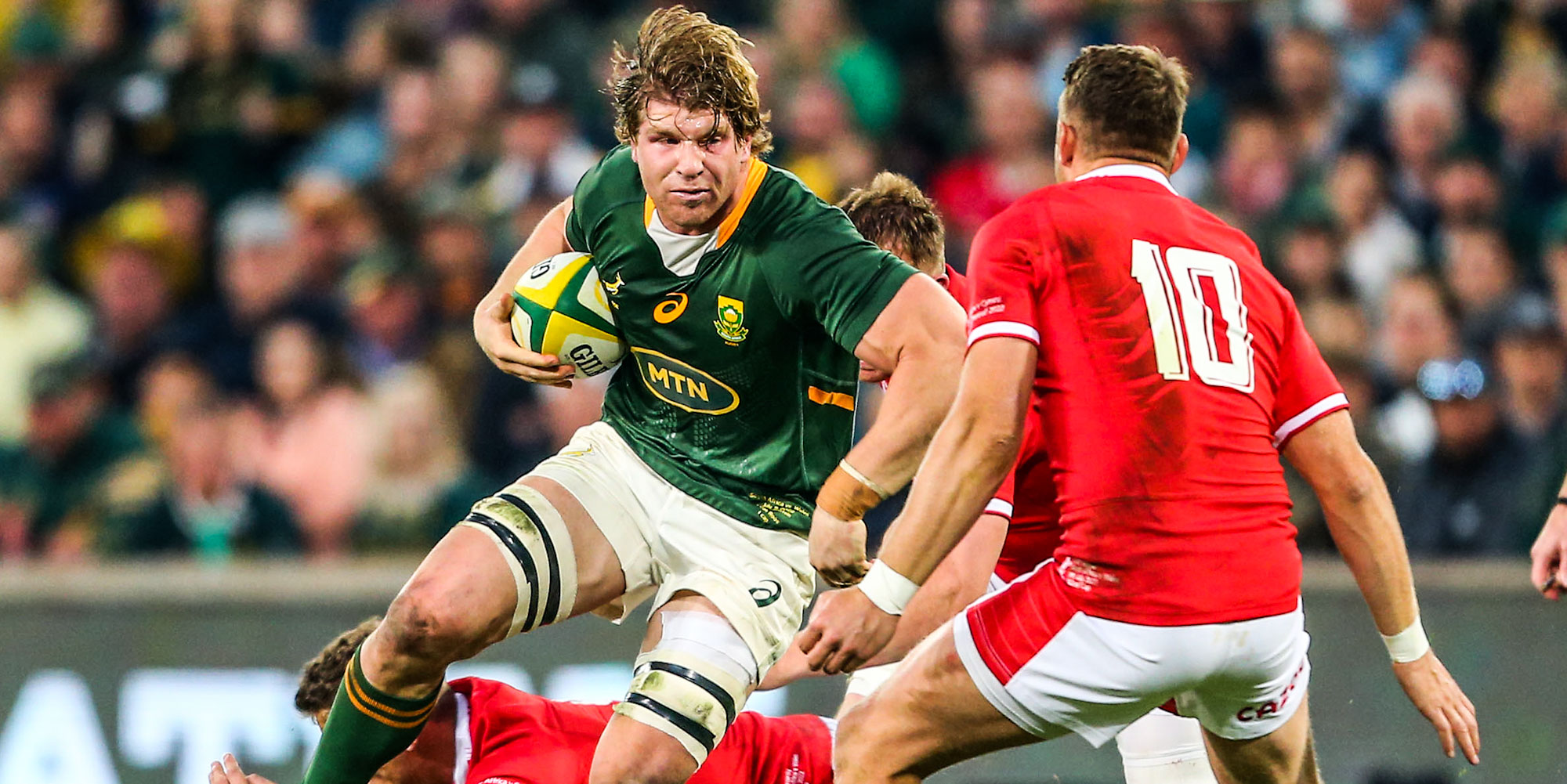 Springbok coach Jacques Nienaber got the answers he was looking for as well as the heartache of an agonisingly late defeat by Wales as his team slipped to a 13-12 defeat at a packed Toyota Stadium in Bloemfontein in the second match of the three-Test series on Saturday.

The result means the series is tied at 1-1, following last week’s 32-29 Springbok victory at Loftus Versfeld in Pretoria.

The deciding Test takes place at the Cape Town Stadium in Cape Town on Saturday, 16 July.

A sold-out, 46 000-strong crowd saw the Boks let slip a nine-point lead in the final quarter with Wales’ match-winning try by Josh Adams, and nerveless touchline conversion by Gareth Anscombe, coming in the 78th minute.

Jacques Nienaber gave six players Test debuts in a team that showed 14 changes from the starting line-up that had beaten Wales the weekend before, with only lock Eben Etzebeth starting both Tests.

“We said from the start that we had a plan for 42 players.” said Nienaber.

“If we had gone the conservative route and stuck with the same team – and let’s say we didn’t win the test match tonight – then we would probably have never given the other guys an opportunity.

“There was risk, but the answers you get out of it outweigh the risk.”

All the Springboks’ points came from the boot of Handre Pollard – who kicked four penalty goals from six attempts – but they were unable to convert long periods of territorial dominance into points.

“I thought the intensity was there and we had a couple of opportunities in the first half when execution cost us,” said Jacques Nienaber.

“And then the discipline in the second half cost us. They brought intensity – which is what we asked of them – could the execution be better? Without a doubt.

“We had guys playing their first Test match; guys in-form in different competitions all over the world but Test matches are different and small margins cost you games.

“It’s good for the players to understand what a Test match intensity is like what your accuracy levels have to be. The players would have learned a lot from that.”

Jacques Nienaber said the defeat had hurt the team: “We play for something much bigger than just a test match result.”

“We’re playing for our fans and for South Africa and the whole team feels that we let this phenomenal crowd down tonight by not getting a victory.

“Going into the last game it’s going to be a final.”