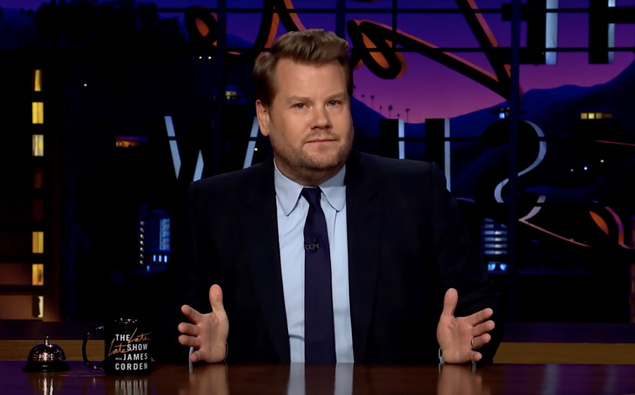 The 43-year-old presenter took over from Craig Ferguson on the CBS late-night series in March 2015 and though he has extended his current contract for a year, he’s going to be walking away from the show in summer 2023.

He confirmed to Deadline: “It’s been it’s a really hard decision to leave because I’m so immensely proud of the show. I’m thrilled to be extending [for a year].

“I always thought I’d do it for five years and then leave and then I stayed on. I’ve really been thinking about it for a long time, thinking whether there might be one more adventure.”

The Gavin and Stacey star admitted he and his wife Julia – who have children Max, 11, Carey, seven, and four-year-old Charlotte together – “genuinely don’t know” if they will return to the UK when his contract runs out.

He said: “It’s something we think about and we talk about a lot but we haven’t really made a decision on that yet. That’s the life side of things which we’ll figure out.

“I love living here. I love everything it’s given. My family and I have never taken this incredible adventure for granted. Every day I drive down Sunset to work and I just think I’m from High Wycombe.

“There’s still some other things that I feel I want to do. I’d like to try and write. There’s some [stories] I’d like to tell. I’d like to see if I’m capable of it. The fact that it’s terrifying is the reason to do it.”

James broke the news to his staff this afternoon and wanted to give them a long time to get used to the news.

He said: “Out of respect for all of the [staff]. I want to tell them that now and say that we can really go into this last year with absolute enthusiasm and passion and love. These shows are not built by one person. I’m very fortunate I get to work with some people whose talents and gifts just blow my mind.”

CBS bosses were keen to keep the star on board and offered a variety of offers, including two and three-year contract extensions and a rolling one-year deal but James has ultimately decided to walk away.

He said: “My bosses here at CBS have been incredibly supportive and extraordinarily patient with me while I made this decision.”

James has vowed to “go out with a bang”.

He said: “All of my greatest ambitions for what it what [the show] could be, it’s absolutely surpassed all of them. My intention is to try and go out in exactly the same way we came in, which is just going out with a with a bang.”