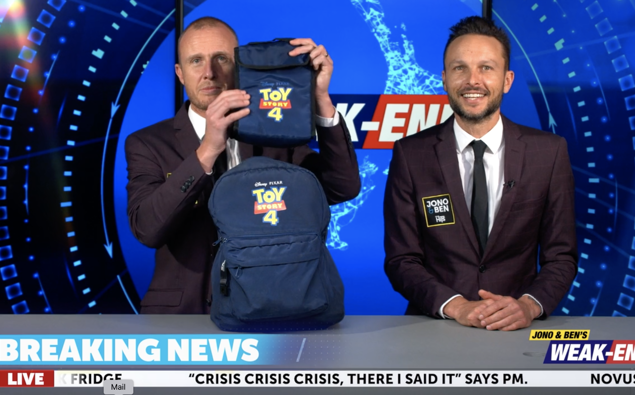 This week Jono and Ben investigate the media’s “Cost of Living Crisis” usage as it reaches crisis point. Also watch as the Prime Minister is finally bullied into finally saying the word “crisis” on television. Coronation Street turns to Struggle Street as they try to figure out how to use the camera zoom correctly. NZ’s coolest tall guy Steven Adams finds himself in the middle of a messy mid court mix up with his uniform, and a commentator makes the catch of his life midway during a game. All that, and not much more to be honest in this week’s Weak End!