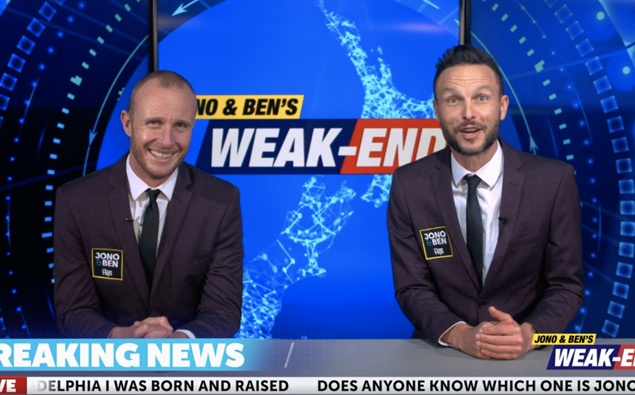 Also, Chris Rock’s brother has spoken out about slap gate And he’s up to no good wanting to start some trouble and Will Smith’s neighbourhood.

Plus Ryan Bridge from the AM Show shakes hands for the first time in over two years and it’s just as awkward as you would imagine.

All that and not much more to be honest on this episode of Jono & Ben’s Weak-End.