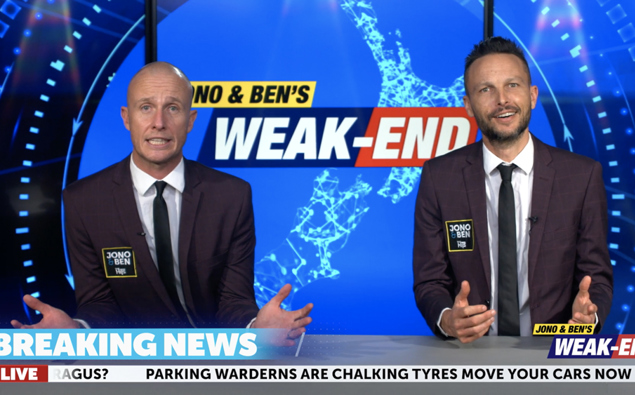 Jono and Ben are back to wrap up the last seven days with the funniest, strangest and most entertaining moments from the week.

Former US President Barack Obama returned to the White House for a hero’s welcome and left the current President “Biden” his time by himself.

While back in New Zealand, the ACT party were acting like there was no confusion between their Tauranga MP candidate in the by-election C.Luxton and National Party leader C.Luxon. That’s maybe because the ACT party leader David Seymour was under attack on his social media was a very saucy and unlikely source. Not sure David wanted to “see more” of this cyber threat.

In Australian sport, the reporters at the Grand Prix were forced to drink from a motor-sport fan’s old shoe, but it was a streaker in the NRL that took the biggest hit on live television. Meanwhile, on the TV the contestants of Married at First Sight were left feeling ill with a nastier taste in one of their mouths than beer from a shoe.

Finally, a trip to the dentist saw a lady picking up all the wrong signals! It’s all in this week’s Weak-End – the news you never knew you needed to know in 5 minutes.