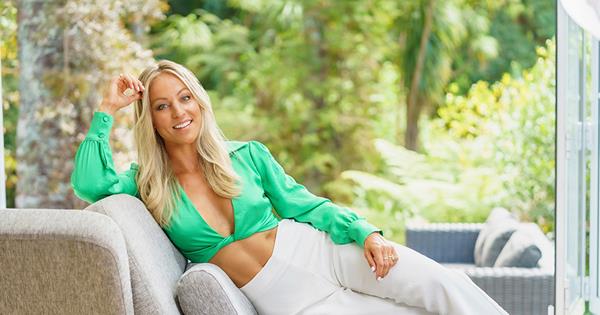 The former Shorty star is reinventing herself in Australia

When Woman’s Day calls Kerry-Lee Dewing for our chat, the ex-Shortland Street actress is a little scattered.

“I’m sorry, my head’s all over the place,” she laughs as she organises her thoughts and settles in for our catch-up.

It’s understandable really: she’s just returned to her Sydney home from an epic European adventure – “I know, I was one of those people on Instagram, I’m sorry!” she exclaims – she’s started a new job in property management and the jet lag is a killer. But while life is busy for the actress – who made the move across the ditch shortly after finishing up at Shorty in 2019 – she has never been happier, although she admits shifting to Australia absolutely “terrified” her.

“There’s been a lot of exciting changes and uncharted territory for me,” she tells.

“I’ve had a lot more time to be Kerry-Lee without everything that defined me in New Zealand – time to define my identity and explore who I am in this world. I’ve done a lot of reflecting. I hate saying ‘discovery’, but I guess that’s a by-product, whether it’s conscious or not.”

After playing eventual serial killer Kylie Brown on Shortland Street for eight years, Kerry-Lee needed a change and upped sticks to Australia, following her boyfriend who was based in Sydney.

It’s a much-needed new chapter, she says, after becoming uncomfortably comfortable in NZ.

“I’ve always loved Australia. I’ve spent a bit of time here before. I didn’t want to go to the States or anything – that wasn’t on
the cards. Australia felt different enough to me, then everything seemed to align.

“And then I wanted to challenge myself in a different space. No one knows who I am in Australia, so I wanted to see if I could make something of myself here and be taken seriously. I really have to fight for it.”

Juggling her passion for acting with the new challenge of property management, Kerry-Lee says she feels “very alive and present”.

“To be honest, being in your 30s and having a complete career change – and I say this loosely because I’m still acting. I have
an agent over here and I do auditions when I can – but I just wanted to prove to myself that I could do something else and that I could work really hard on something. I think I’m just a sucker for punishment!”

Kerry-Lee even made it back to Kiwi shores, appearing in the beloved quirky crime drama The Brokenwood Mysteries, which was a homecoming in more ways than one.

“I was in MIQ and did the audition in the room, and then I got it, which was amazing and such a great opportunity.

It was so great to touch base with my old stomping ground. Honestly, it almost brings me to tears just thinking about it. It was so much of the old crew and locations, so to be able to go back and look at everything from a slightly different angle, it was fantastic.”

Since COVID, which also robbed her of the chance to appear on Dancing With The Stars – a show she was super- excited about and had even begun to prepare for, going so far as learning dances and posing for publicity pictures – Kerry-Lee definitely reckons she has changed. But how much of that is down to the pandemic and how much is simply growing up?

“Well, that’s it, isn’t it?” she muses. “I’ve just ripped myself away from what I knew and my routine for no good reason – well, that’s not true, I did have a good reason, there was obviously a driving force – but starting a whole life again is a lot. You’re putting yourself into scary situations all the time, but that builds character, right?

“Being Kylie for almost the whole of my 20s was my identity – it was so linked to who I thought I was in society and in New Zealand. Now I’m here, I’m not that. It means I can reinvent myself. But now, what does that mean?”

We don’t think it’s going to take her long to figure out – watch this space!

Catch Kerry-Lee in The Brokenwood Mysteries, Sundays 8.30pm on TVNZ 1 or on TVNZ+.