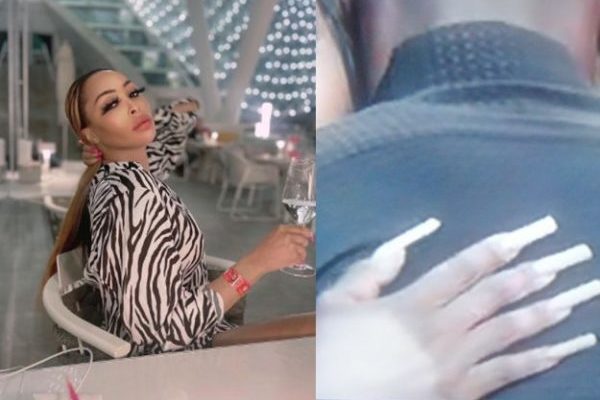 Khanyi Mbau’s lightening journey is no news to most South Africans, but she escaped a troll trying to taunt her with it.

The actress has been at the top of her game in recent weeks, via the TV series titled, The Wife; she’s also starred on Netflix’s first African reality show “Young, Famous, and African.”

All of these shows have made her one of the most talked-about mzansi celebrities.

While people gush over her role on The Wife series, a tweep spotted the skin discoloration on her fingers in one of the scenes.

The tweep had the intention to mock with a screenshot of the scene which was captioned with, “Did I see this alone #Thewifeonshowmax.”

However, Khanyi immediately stopped the troll by stating what happened to her hand.

She said the pigmentation on her hand was caused by injury from burns.

“No we see it, injured hands from burns? Unless ur referring to something else?” she wrote.

People jumped into the comment section, urging her to snub the troll.

No we see it, injured hands from burns? Unless ur referring to something else? https://t.co/7bzCeXWGbF