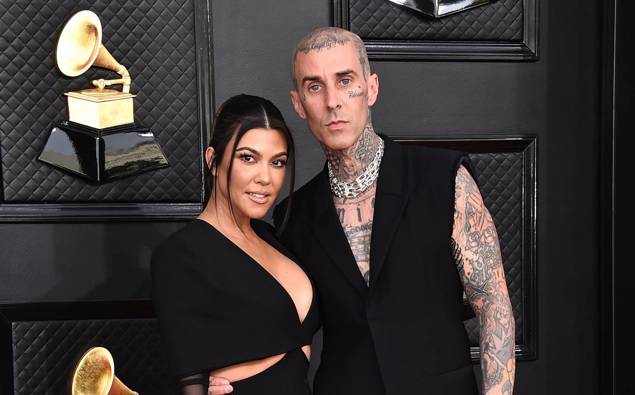 Kourtney Kardashian and Travis Barker have reportedly got married in Las Vegas.

The 42-year-old reality star got engaged to Blink-182 drummer Travis, 46, towards the end of 2021 after less than a year of dating and now the pair are said to have secretly tied the knot.

An insider told TMZ that while Kourtney and Travis were in Las Vegas for the Grammy Awards, the pair walked into a chapel in Sin City at 1:30am the following morning, just hours after he had taken to the stage to perform a medley with H.E.R, Lenny Kravitz, Jimmy Jam, and Terry Lewis.

The outlet reports that the couple had obtained a marriage license and presented it to the chapel’s owner, who became a witness to the nuptials which were allegedly officiated by an Elvis Presley impersonator and that there will be “several” more celebrations to mark the occasion.

Kourtney previously dated Scott Disick between 2005 and 2015 and has Mason, 12, Penelope, nine, and Reign, seven, with him while Travis has Landon, 18, and Alabama, 16, with ex-wife Shanna Moakler and news of the alleged wedding comes just days after it was claimed that an “intimate” ceremony was on the cards and that the pair plan to have a child of their own together.

When Travis Barker proposed to Kourtney Kardashian on the weekend he kept up the family tradition of large and lavish engagement rings. Photo / Instagram Stories