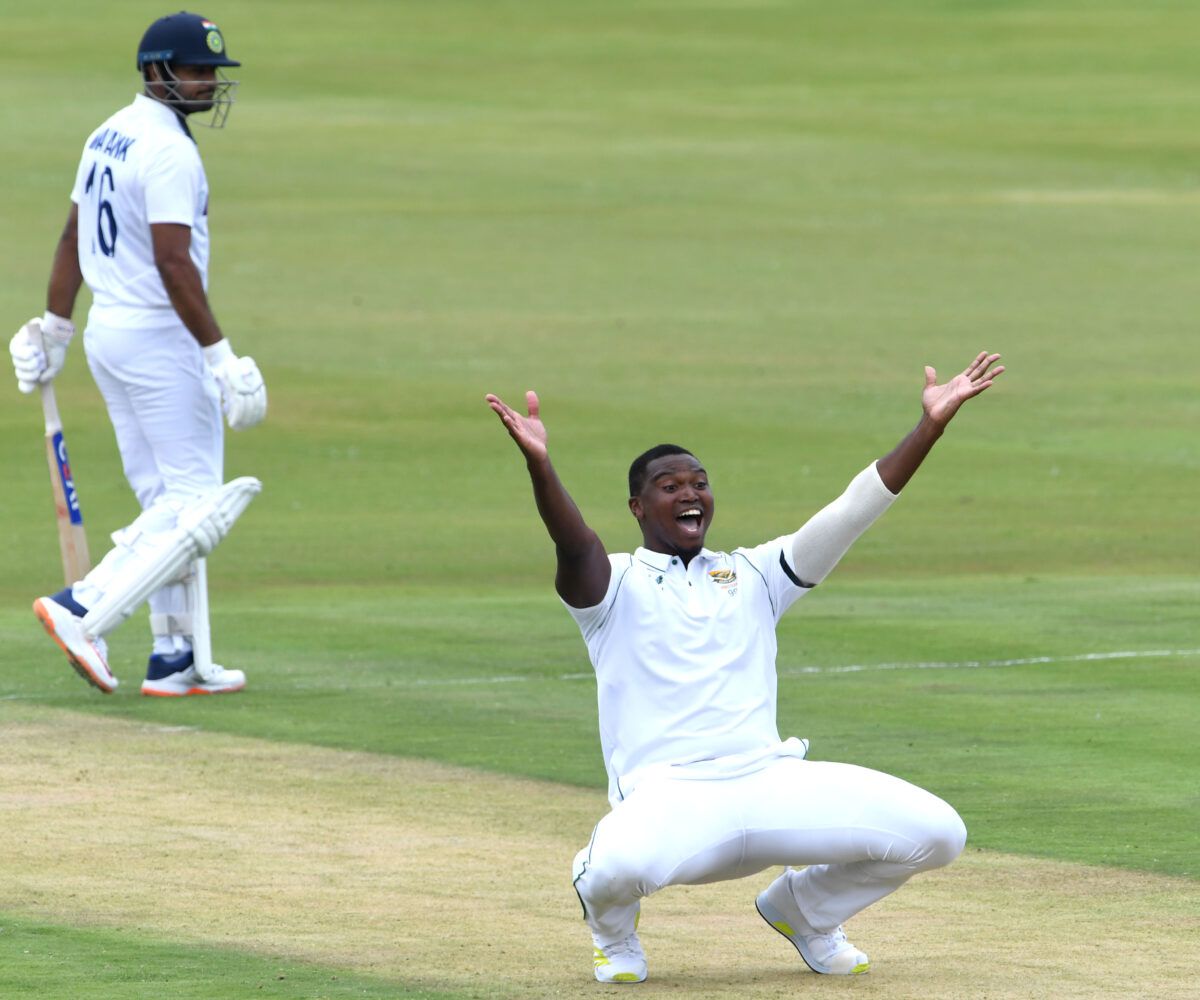 The Proteas fought back in the second session of their first Test against India thanks to a couple of wickets from Lungi Ngidi.

India were looking good after a morning session where South Africa bowled too short and failed to find a breakthrough.

The tourists resumed on 83 without loss and Mayank Agarwal soon went to his 50 as the opening pair picked up where they left off.

There wasn’t much venom in the pitch early on and after a dropped catch earlier in the day Agarwal was looking good for a big one.

Agarwal and KL Rahul brought up their century stand but were watchful early in the session.

Having burned a review earlier, Dean Elgar made a bold call to go up stairs when Lungi Ngidi beat Agarwal and struck him on the pads. DRS came through for the Proteas this time as hawkeye tracked the ball hitting the stumps.

Ngidi led a Proteas fightback as he reverted to angling the ball in at the stumps and the ploy worked well for him.

The big fast bowler would remove Cheteshawar Pujara first ball as the India number three got a thick edge into his thigh pad which looped to Keegan Petersen at short leg.

After the end of Ngidi’s breakthrough spell, Elgar turned to Wiaan Mulder and Keshav Maharaj to dry up the runs and allow the trio of quicks to recuperate.

Maharaj struggled to fulfill the containment role, though as first Kohli and then Rahul, drove him to the fence on a wicket offering little support to the tweaker.

Mulder caused a few more problems having settled in a to a great probing line. He drew an error out of Rahul, but Marco Jansen couldn’t get in off the fence to make the catch.