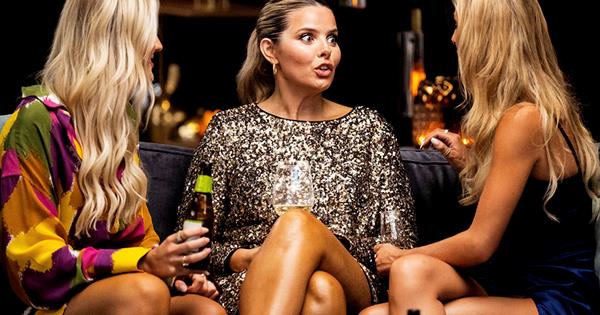 Simmering tensions spilled over at the final Married At First Sight Australia dinner party, where bickering brides Domenica Calarco and Olivia Frazer dished up their biggest clash yet.

And now Dom, 28, tells Woman’s Day she’ll never forgive her reality rival for betraying her, saying, “I haven’t spoken to Olivia since we filmed the reunion. Speaking to her is not something I have any intention of doing.”

The star is still reeling over Olivia, 28, revealing intimate details of her sex life with Jack Millar and hasn’t forgiven her for sharing racy pictures from Dom’s now-defunct OnlyFans page with the rest of the contestants.

While Olivia’s camp claims she’s been unfairly edited, Dom insists, “The words came out of her mouth.”

The Sydney makeup artist also denies Olivia’s allegations that Dom bullied the other brides and grooms.

“I am outspoken and always had something to add to conversations, but I never yelled at people for the sake of yelling, as Olivia has been making out,” says Dom.

“It’s absolutely ridiculous that she continues this narrative that my voice is too loud and it’s yelling. That’s just how I speak!”

Dom refuses to let Olivia’s attacks knock her confidence, though. She declares, “I was never going to let someone badmouthing me bring me down. I know who I am through and through.”

And she’s just as determined to not let the drama damage her romance with MAFS husband Jack, 26. Dom tells us, “I’m just trying to enjoy this time that the show is airing. As much as it’s been hard, it’s also a very happy time for Jack and I to be reliving these memories.”

According to Dom, the couple have been “each other’s biggest supporters” throughout the show’s scandals. “We are so in tune with each other that we both know when one of us is sad or having a stressful day,” says Dom, adding that she’s grateful “how much Jack and my relationship resonated with the public”.

And although Dom insists she and financial planner Jack are “not perfect and never tried to be”, it’s hard not to see their public popularity as the perfect revenge in the ongoing feud.

Meanwhile, Olivia has undoubtedly landed the villain label – and she insists she never saw it coming!

“I just thought everything was peachy and there was a super-strong sisterhood, so I didn’t foresee any of the drama,” says the Sydney student teacher, who claims to have lost her job due to how she’s being portrayed on MAFS.

She adds that her co-stars, including Dom, may be milking the scandals for attention and aren’t on the show for love, but “for fame or probably more for infamy”.

Reinforcing Olivia’s point, Dom was snapped out and about in Sydney last month with a new tattoo of a broken wine glass on the inside of her arm, an obvious nod to her smashing a glass during a heated argument with Olivia.

Yet Dom denies rumours she allowed producers to leak the OnlyFans picture for extra drama. She tells us, “I want to make this very clear – I never gave permission or consent for anyone in the experiment
to use any of my images.”

Despite the drama, Dom adds that she has “zero regrets” about signing up for MAFS, and hopes that it may lead to “hosting my own radio show” and “working for a major beauty brand”.