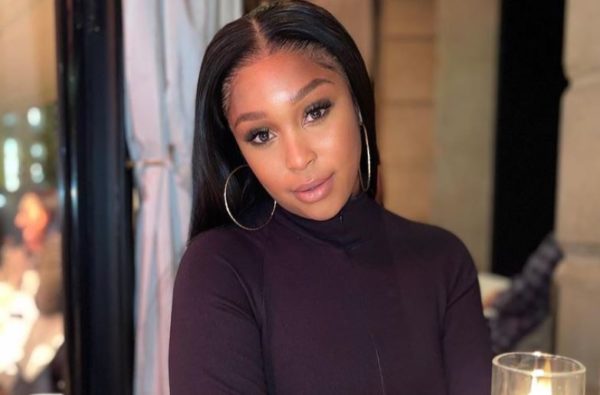 Minnie Dlamini’s cheating partner is rumored to be Edwin Sodi who is famously known as a flamboyant SA businessman.

During the early hours of Tuesday, it was reported that the TV personality refused to sign divorce papers presented by her estranged husband, Quinton Jones.

Quinton is said to have caught Minnie cheating with another man and he’s also stopped his business partnership with her following the announcement of their divorce.

Hours later, it was revealed on Twitter that the broadcaster was cheating with Sodi and she flexed his private jet many times.

Rumour has it Edwin Sodi and Minnie Dlamini kept their spark alight whilst Dlamini-Jones was married. It is also said, that his private jet was put to good use entertaining Minnie Dlamini and her friends. pic.twitter.com/uzNoAOk83X

The cheating rumor triggered lots of netizens who have in turn canceled Minnie and even slut-shamed her for destroying her beautiful home.

Despite all the rumors flying on the internet, Minnie Dlamini is yet to address any.