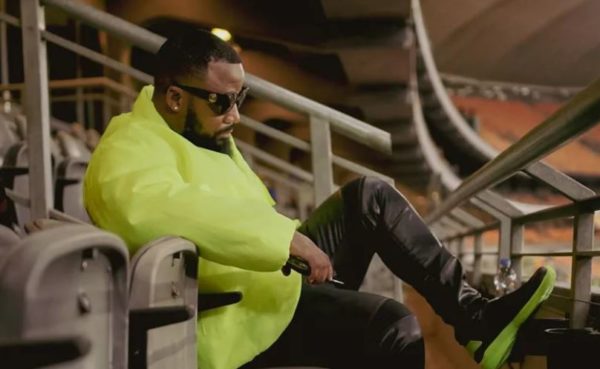 Cassper Nyovest got applauded after thrilling the huge crowd at Cotton Fest 2022 on Saturday, 23rd of April, 2022.

The rapper was meant to be the surprise act if Riky Rick who is the initiator of the festival was still alive.

Following Riky’s death, Cassper revealed that they’ve squashed their beef and planned to surprise South Africans at the Cotton Fest this year.

Honoring his late friend, the rapper shut down the event which got him trending for hours on social media, as netizens called the Best Performer.

“Thank you Cotton Fest. My heart is warm. He definitely was with us tonight,” Mufasa captioned a snippet from his performance.

Meanwhile, he had paid tribute to Riky hours before the show began.

“This one is for my brother. You planned to bring me out as a surpise tonight & we didn’t have that moment. My first time on your stage and you’re not here in physical form but I know you’re with me and the rest of us in spirit. I love you and I miss you Rikhado. We gone turn up for you tonight!!”

Cassper Nyovest is fucken anointed. God is upon mjita. You may not be a fan kodwa nawe uyabona nje ukuthi mjita walks with the gods https://t.co/e4IQNmoq34

We been saying that most of the hate is just for clout, Cassper Nyovest is gifted, he is trending for his dope perfomance at a Hip Hop concert, but they always try to separate him from hip hop, make it make sense #CottonFest22 pic.twitter.com/hV1YmAuE22