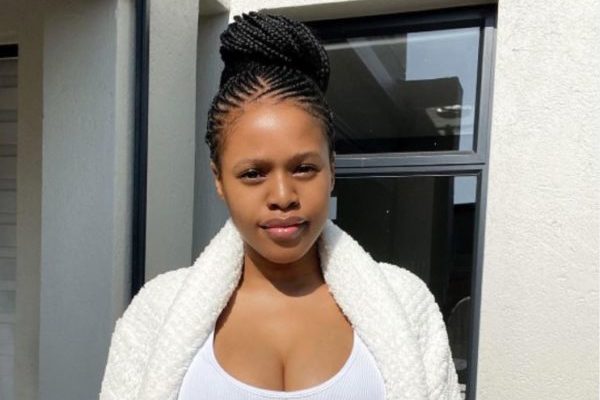 Natasha Thahane has given birth to her first child.

The actress has evolved from being an active social media user to being secretive – from her love life with Thembinkosi Lorch to being pregnant and even giving birth.

Nat is very intentional in how she releases information about her personal life and it’s left some fans confused.

Taking to Instagram on Wednesday, the star shared a lovely photo of herself with no pregnancy and a flat stomach.

Knowing that she never announced giving birth to her baby, lots of fans were confused; is it an after or before pregnancy photo? Many asked.

Natasha helped the confused followers gain clarity by sharing a video of herself breastfeeding the newborn baby, hence, Natasha Thahane has given birth!